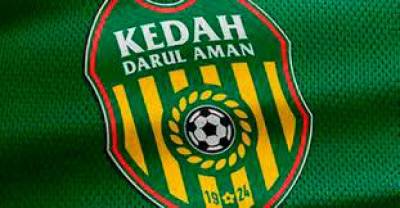 KUALA LUMPUR: It looks like the fight for the sole ticket to the 2022 AFC Cup between Kedah Darul Aman (KDA) FC and Terengganu FC (TFC) will stretch a little longer after both teams lost their Super League matches yesterday.

At the Kuala Lumpur Football Stadium in Cheras, the City Boys went 1-0 up after just six minutes when their Colombian player Romel Morales scored from the penalty spot before former national striker Mohd Safee Sali doubled their lead in the 26th minute.

The Red Eagles, as KDA FC are known, reduced the deficit in the 34th minute courtesy of Ivory Coast player Tchetche Kipre’s strike but it proved in vain.

TFC, meanwhile, failed to capitalise on their home ground advantage, with Australian defender Shane Lowry scoring JDT’s winning goal in injury time of the first half (45+2) at the Sultan Mizan Zainal Abidin Stadium in Kuala Terengganu.

Meanwhile, already relegated UiTM FC suffered their 15th defeat of the season when they went down 1-0 to Petaling Jaya (PJ) City FC at the Petaling Jaya City Council Stadium yesterday.

Mohd Khyril Muhymeen Zambri was the hero for PJ City FC when he nodded home the winning goal in the 39th minute.