Liverpool forward Sadio Mane has revealed his ‘surprise’ at the way Ibrahima Konate has settled in with his new team-mates.

The 22-year-old centre-back arrived from RB Leipzig in July after Liverpool activated his £36million release clause. He remained their only signing of the summer transfer window, despite continuous links with a number of European stars. Konate looks set to play a key role in Jurgen Klopp’s squad during the 2021-22 campaign.

He will compete with Virgil van Dijk and Joel Matip for a place in defence, helping to prevent another injury crisis.

Klopp will also be able to utilise Joe Gomez at the back once the England international returns from a knee injury.

Konate has been kept on the bench so far this season, although he could make his debut following the international break. The Reds travel to Leeds United on Sunday September 12 before hosting AC Milan three days later in the Champions League.

On the Frenchman, Mane said: “He is a very nice lad and from the first day he was with us I was really surprised because it was like he has been here for years.

“With myself that was not the case because I am a bit shy, but he just came in and settled straight away which is really important.

“You could see in pre-season that he was doing well from the start and we are really, really happy to have him. I feel this year he will have a great season for Liverpool.”

Liverpool’s title defence was hampered last term by injuries to van Dijk, Matip and Gomez. Even Fabinho, who dropped into centre-half from midfield, had to spend time on the sidelines. 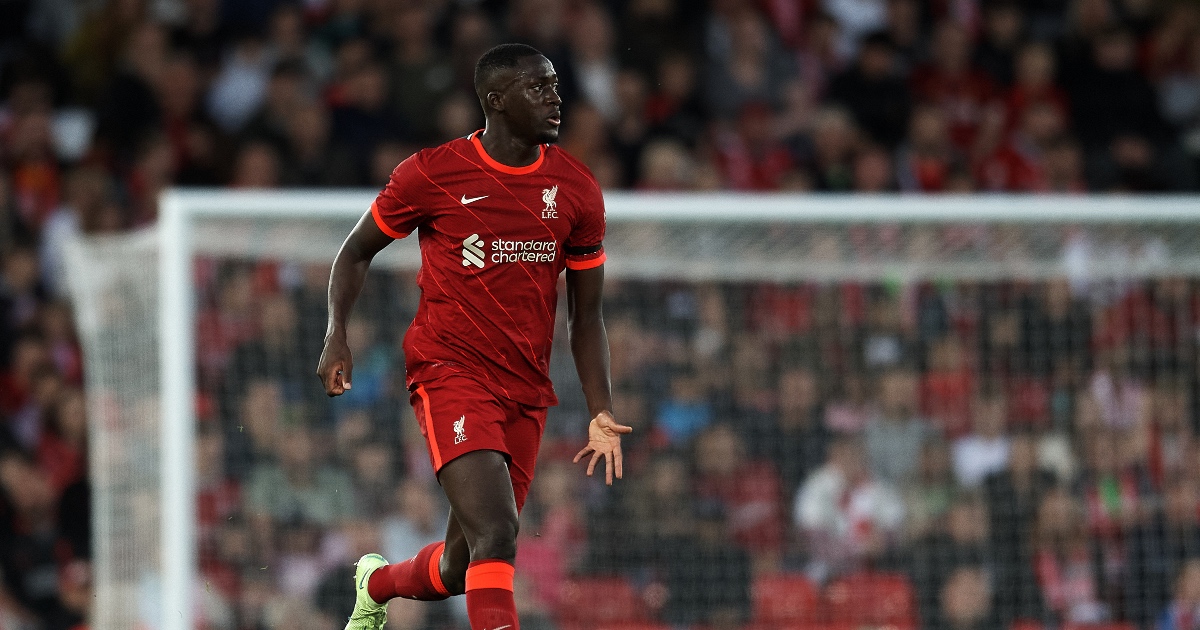 Mane hopes the arrival of Konate can help to reassure fans, as well as players.

“Obviously it was a big blow for us missing not only Virgil but also Joel and Joe Gomez last year,” he added.

“If you have these kind of players in your team and you’re missing them, then for sure you will feel it. I think any club in this world would feel the same.

“Now we are really happy to have them back and it’s been good to start the season with these names on the backs of the shirts behind me!

“But we should also remember that the young lads like Nat [Phillips] and Rhys [Williams] who came in to deputise for these players last season did a great job too.”

The player spent five years at Anfield before securing a £49m switch to Manchester City.

“The way Raheem’s evolved from a boy to a man has been spectacular,” Alexander-Arnold said.