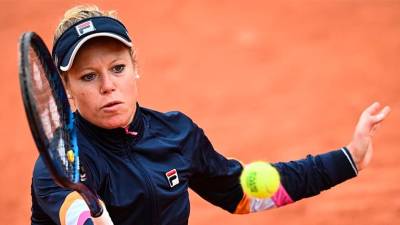 Both players struggled on serve in the opening set of their see-sawing fourth-round meeting on Court Simonne Mathieu, before Siegemund switched gears at 5-5 to claim the decisive break and take the early advantage in the contest.

Badosa, a former junior champion who knocked out 2017 winner Jelena Ostapenko in the previous round and 2018 runner-up Sloane Stephens in her second match, found herself down 3-1 in the second set as Siegemund turned up the heat.

World nummber 66 Siegemund fought off a spirited comeback attempt from Badosa to stretch the lead further with a break in the seventh game of the second set, before closing out her victory in style.

Up next for Siegemund is a meeting with Czech seventh seed Petra Kvitova who swatted aside China’s Zhang Shuai 6-2 6-4 to reach the last-eight for the first time since 2012 where she lost in the semifinals. – Reuters