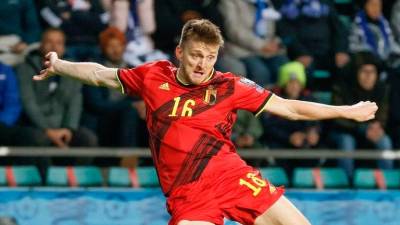 BRUSSELS: Thomas Foket (pix) has been called up to replace Thomas Meunier in the Belgium squad after the Borussia Dortmund fullback was ruled out of the Nations League finals with a knee injury, the Belgian football association said on Tuesday.

Belgium, who top the FIFA rankings, meet France in the second of the Nations League semifinals in Turin on Thursday. Italy and Spain play in Milan in the first semifinal on Wednesday.

Meunier was injured in a Bundesliga match at the weekend. He reported to the Belgian camp at Tubize on Monday but left soon after a medical examination confirmed the knee injury.

Foket had already been placed on standby after being omitted from the original 24-man squad.

The 27-year-old, who plays at Stade Reims in Ligue 1, scored in the World Cup qualifier against Estonia last month. He has seven caps for Belgium, the first coming almost five years ago.

The Nations League final and third place playoff game are on Sunday. – Reuters