Steven Gerrard has done little to quieten the rumours linking Aston Villa with a transfer for Philippe Coutinho after breaking his silence on the potential swoop.

Coutinho has become a major target for Villa in Gerrard’s first January transfer window with the club. In making such a move, the attacking midfielder would reunite with his former Liverpool captain.

Reports have indicated talks are progressing well over a potential loan deal. Barcelona hope to get Coutinho out of the club by the end of the week and Villa will hope to receive him.

They merely need to work out how they could sustain Coutinho’s wages – or if he could drop them – should the loan deal become permanent as Barcelona wish.

The Brazil international has not been successful since leaving Liverpool for Barca and a Premier League return now seems imminent. There have been links with several clubs, but Villa appear to be his most concrete suitors thanks to Gerrard.

It has been claimed that the Villa boss has been calling Coutinho personally to convince him to make the move.

Now, with the January transfer window in full swing, Gerrard has been asked about Villa’s potential pursuit of Coutinho for the first time.

And in his response, the Liverpool legend refused to rule out a reunion with the playmaker. However, he warned there will be several other clubs tracking someone he still regards as world class.

“He is a wonderful footballer,” Gerrard said. “To share a dressing room and a pitch with Coutinho was an absolute pleasure.

“He was on a level that very few footballers are on with his imagination and creativity.

“His highlight reels are there for all to see. The name speaks for itself.

“I do appreciate his name is out there and he is linked to Aston Villa.

“But he is also linked to five-six other clubs in this league and I am sure there would be a long list of foreign clubs that are linked with Philippe’s services as well. 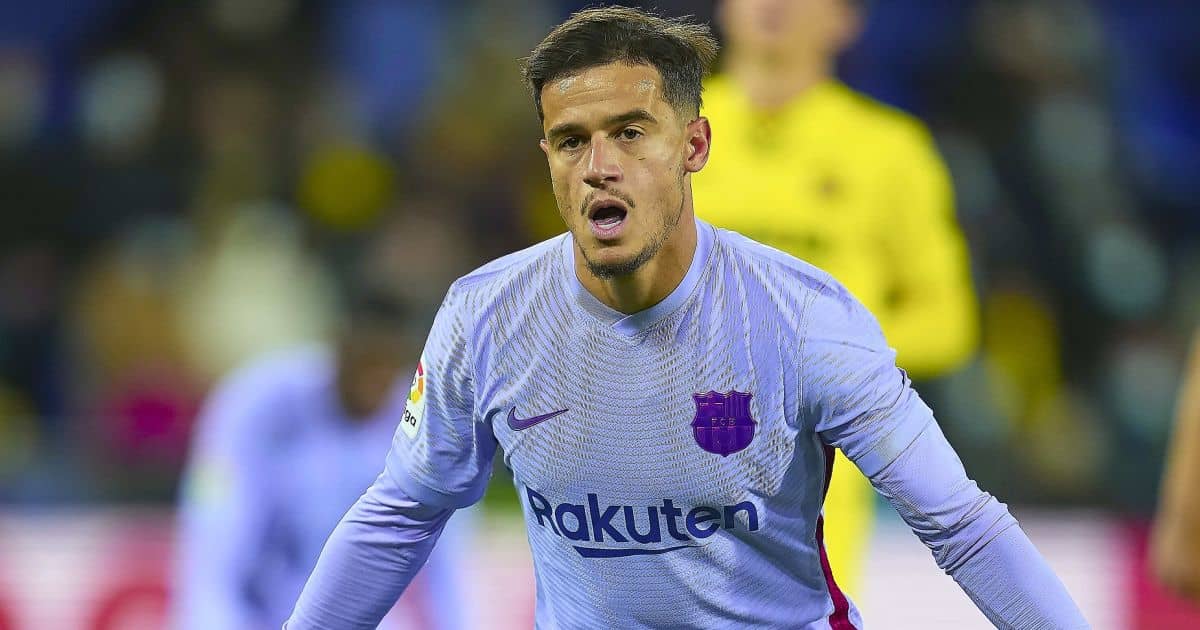 “You are talking about a world-class individual and player.

“I appreciate and respect the speculation but I can’t give anything further than that.

“What I won’t do here or anywhere else is speak about players that belong to other clubs. That is not fair or respectful.”

Coutinho and Gerrard shared a pitch together 81 times for Liverpool between 2013 and 2015. Now, they could reunite with Gerrard as the manager and Coutinho still as a player.

The 29-year-old would be hoping this can be the move that lifts his career back up after a difficult spell in Spain.

From Villa’s perspective, he would help continue their evolution since the sale of Jack Grealish in the summer. They are still working to replace the £100m Manchester City man.

One of their summer signings in attacking midfield, Emiliano Buendia, recently received criticism from a former player.

“With Buendia, you never see him in a game for 90 minutes. He goes missing,” Gabriel Agbonlahor told Football Insider.

“I still want more. I can see how talented he is but I want to see more. I’m sure the manager will too.”

Adding another attacking midfielder with the experience and talent of Coutinho may help Villa – and it seems something becoming more likely.

READ MORE: Approach made as Aston Villa aim to win race for ‘the next Gareth Bale’