Korda tests positive for Covid-19 after arriving in Australia

Korda tests positive for Covid-19 after arriving in Australia 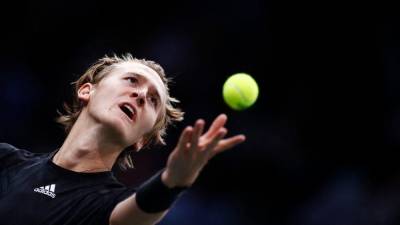 MELBOURNE: American Sebastian Korda (pix) said on Wednesday he had tested positive for Covid-19 after landing in Adelaide ahead of this month’s Australian Open.

Korda had already withdrawn from the Adelaide International warm-up event but the world number 41 is in the main draw entry list for this month’s Grand Slam at Melbourne Park.

“No symptoms and two negative results since testing positive,” he wrote on Twitter alongside a video of him hitting a ball against the hotel room wall.

“Thank you Tennis Australia for all the equipment!”

Korda’s positive test comes as world number one Novak Djokovic was denied entry into Australia after initially being granted a medical exemption from Covid-19 vaccination requirements so he could play in the Australian Open. — Reuters