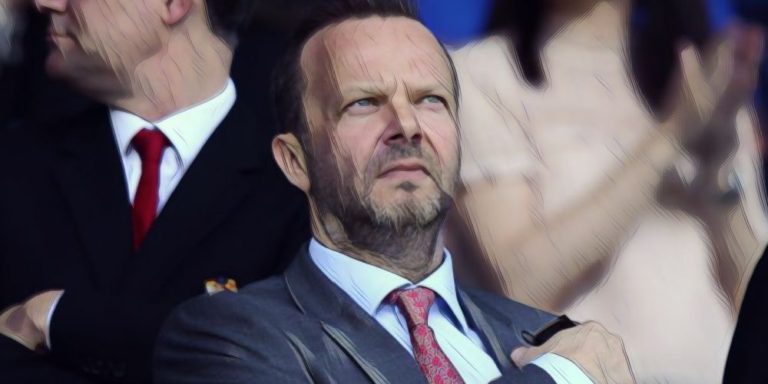 Ed Woodward’s ‘misguided belief’ has been partly blamed for a bloated squad and the current unrest at Manchester United.

United’s dressing room is understood to be divided at present following a mixed start under interim manager Ralf Rangnick, a whole host of senior figures having been left frustrated with their peripheral roles at Old Trafford.

The onus will be on newly-appointed chief executive Richard Arnold to help eradicate the mess set to be left by Ed Woodward, who is putting the ‘final touches’ on his exit from the club.

The Athletic has discussed Woodward’s role in the Red Devils’ current predicament, saying that while he ‘distanced himself from making judgements about football’ but made ‘countless calls that had an impact on United’s performances’.

One such example is Woodward having been responsible for the bloated squad that United now possess, his ‘misguided belief’ of handing new contracts to fringe players in order to protect their value.

His contentious decisions to hand new deals to the likes of Phil Jones, Juan Mata and Eric Bailly has left the Red Devils with a surplus of talent on the sidelines, with interim manager Rangnick having reportedly struggled with the management of an oversized squad.

Jesse Lingard and Donny van de Beek are amongst the players keen on an exit after struggling for opportunities with the latter having started just four Premier League games since a £35m move from Ajax in 2020.

Van de Beek looks set to depart this month as he seeks to keep his place in the Netherlands squad for the World Cup this winter, with Rangnick having reportedly decided that the midfielder is ‘ill-suited to the rigours of the Premier League’, saying that he ‘struggles to cover the ground’ in training despite his ‘pristine’ touch.

Improving transfer business will be of paramount importance to the new regime, having made a profit on just five players across the past decade. The Red Devils have seen rivals such as Chelsea, Manchester City and Liverpool rake in huge fees for unwanted assets, but United have struggled to replicate that success.

The report adds that while Woodward took a proactive involvement in the clubs transfer activities, his replacement Arnold is set to take more of a back seat, handing over power to director of football and technical director John Murtough and Darren Fletcher respectively.

Read – One ideal January signing for each ‘big six’ side