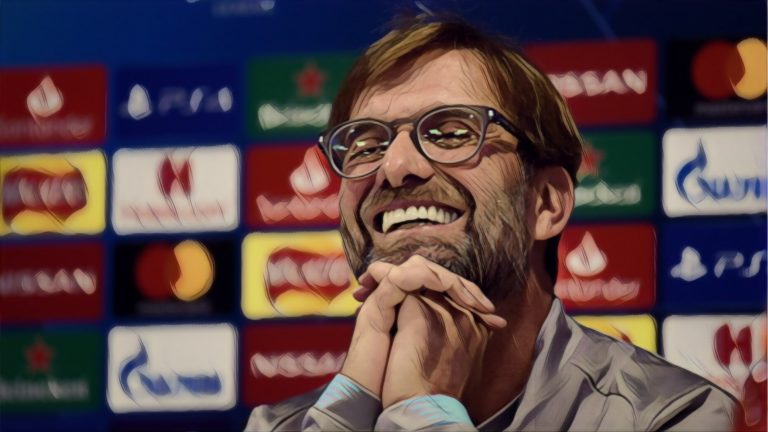 Jurgen Klopp has insisted that he is not out looking to gain ‘revenge’ for Liverpool’s 3-1 loss to Real Madrid in the 2018 Champions League final.

The two sides met in Kiev almost three years ago, a night that will be remembered for Sergio Ramos ending Mohamed Salah’s evening prematurely, a Gareth Bale brace and a horror show from Loris Karius.

Tuesday night’s meeting in the Spanish capital is the first between the two sides since that night in Ukraine, but Klopp has said his motivation isn’t powered by the events of 2018.

“My motivation is the highest level, we play Real Madrid, [but] it’s not because of 2018,” Klopp told his pre-match press conference. “But of course, I remember the game. If someone asked me a week after the game if I would invite Ramos to my birthday, I would say no. A strange night, but long ago.

“I cannot get that feeling back, that anger or whatever, so I don’t even try. We want to show how good we are. If we are better than Real Madrid then we can go through.”

Klopp insisted his side ‘have a chance’ to progress to the last four for the third time in four seasons, despite the Spanish side being considered favourites.

“We were good in the [2018] game,” Klopp said. “Real came back [to win]. Actually, our team is built for this type of game. We are facing a footballing playing side which helps. We have a chance. Absolutely. Everyone says Real are favourites, great.

“No one is interested looking back in 25 years that we were good for 25 minutes in that final. We feel good now in our situation but we face a difficult opponent.”

The German insisted that his side’s trip to Spain isn’t fueled by the prospect of ‘revenge’.

“Revenge for 2018? In general, no. Not a revenge tour. Life is like this. I don’t believe in it but it would be nice to get through. They are outstanding and know exactly how it goes. Nothing to do with our Premier League situation as well.”

Read – Remembering all of Liverpool’s previous meetings with Real Madrid

The post Klopp not out for ‘revenge’ for Champions League final defeat as Liverpool prepare to meet Real Madrid again first appeared on The Football Faithful.