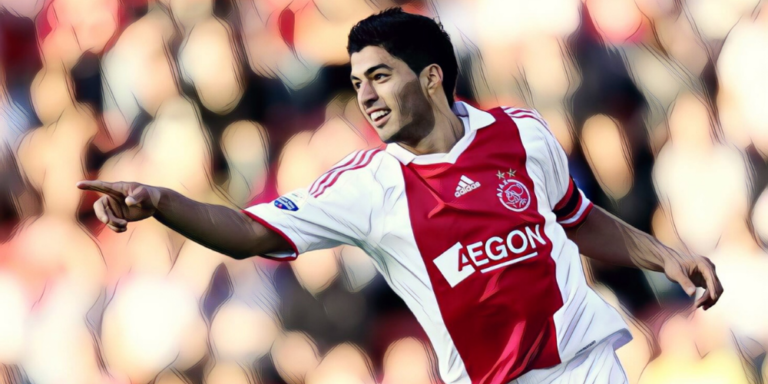 Luis Suarez has been one of the world’s greatest goalscorers for more than a decade, enjoying fruitful spells at some of European football’s most glamorous sides.

Suarez’s career began in his native South America before moving across the Atlantic to sign for Dutch side Groningen, impressing sufficiently during a single season to earn a transfer to Eredivisie giants Ajax.

It was with Ajax that the Uruguayan forward became a household name, starring as the spearhead of the side and scoring a staggering 111 goals in just 159 appearances before moving to the Premier League with Liverpool.

Suarez formed a fine partnership with Klaas-Jan Huntelaar before exploding following the departure of his teammate to Real Madrid, enjoying a sensational 2009/10 campaign that delivered 49 goals in all competitions.

Suarez was named as Dutch Footballer of the Year after winning the Eredivisie Golden Boot, in a season which saw Europe’s elite sit up and take notice of his extraordinary talent.

We remember an incredible season from Suarez, here is every one of the forward’s 49 goals from the 2009/10 campaign.