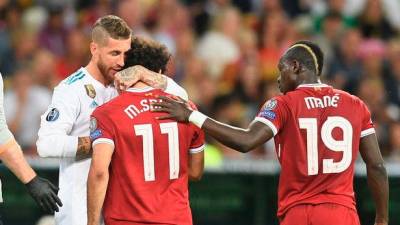 The Champions League represents the perfect opportunity for Klopp’s side to finish the season with silverware, given they have endured a miserable Premier League title defence this campaign

Rafa Benitez believes Liverpool can get the better of Real Madrid on tomorrow morning (3am Malaysian time) – as long as they bring their trademark intensity to the Spanish capital.

Jurgen Klopp’s Reds travel to Spain for the first leg of their Champions League quarterfinal showdown, where they face an injury-hit Madrid side.

The European competition represents the perfect opportunity for Klopp’s side to finish the season with silverware, given they have endured a miserable Premier League title defence this campaign.

Ahead of the clash Benitez – who managed Liverpool from 2004 to 2010 and Real Madrid from 2015 to 2016 – has given his thoughts on the mouthwatering encounter.

And the Spanish boss reckons Liverpool’s work-rate, as well as their ability in midfield, could set them apart from Zinedine Zidane’s side.

He told The Times: “(Luka) Modric and (Toni) Kroos are very quick-thinking players and if they keep the ball, they can find (Karim) Benzema.

“But if Liverpool can stop Kroos and Modric playing, denying them the chance to pass to the Frenchman, Real will have problems.

“Jurgen Klopp rotates in midfield within games but, usually, Georginio Wijnaldum and Thiago Alcantara, more than Fabinho, are the ones who have to be on top of Kroos and Modric all the time.

“One of Liverpool’s weapons will be the intensity with which they play because if they allow their opponents time on the ball then they will be in trouble.

“It is crucial for Liverpool that they score. If they do this, then Real have to attack in the second game at Anfield and they will then be more exposed in defence.

“We knew the next game at Anfield would be important with the supporters and we pressed them from the first minute and scored early before winning 4-0. The absence of fans would help Real this time.”

With Sergio Ramos out injured for the first leg, Madrid were dealt a further blow on Tuesday following the news that Raphael Varane has tested positive for coronavirus; ruling him out of the game.

Benitez added: “The absence of Sergio Ramos is a blow for Real. He is a street fighter.

“There has been focus on Mohamed Salah after what happened in the Champions League final in 2018 when Salah was injured after a tackle by the Real defender, but Ramos would have managed that situation.

“Both Raphael Varane and Ramos are very fast and that allows Real to play a high line, while Ramos is also an important player from free kicks and corner kicks because he scores a lot of goals.” – Daily Star