Ranking the five favourites to sign Aaron Ramsey this summer

Ranking the five favourites to sign Aaron Ramsey this summer 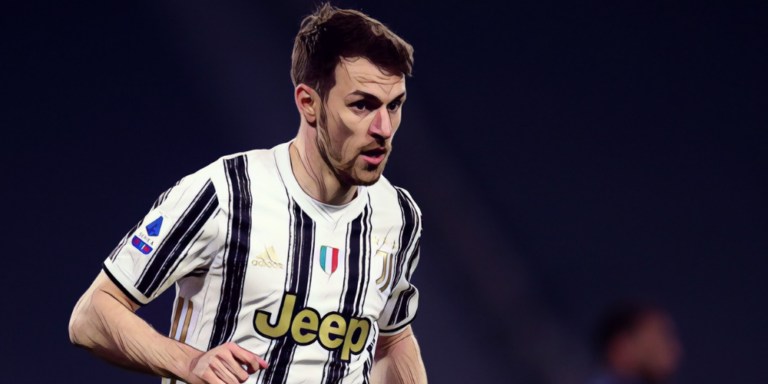 Aaron Ramsey’s future at Juventus appears uncertain with the midfielder continuing to be linked with a return to the Premier League, the Italian side planning a summer clear-out following a disappointing campaign.

Ramsey signed for the Bianconeri on a free transfer from Arsenal in 2019 and won the Serie A title during his debut season in Turin, but he has struggled to command a regular place in Andrea Pirlo’s side this season and could be deemed surplus to requirements.

The potential availability of the Wales international is likely to alert several of England’s leading clubs and we’ve decided to look at how the bookmakers view the race for his signing.

So for those of you interesting in the best betting offers like the netbet promo code, here are the five favourites to sign Aaron Ramsey this summer.

Ramsey spent more than a decade with Arsenal during his Premier League career, though the midfielder could well have been lining up for Manchester United after coming close to a move to Old Trafford as a teenager.

United were interested in his signing from Cardiff and agreed a fee with the Championship side, only for Ramsey to decide that a move to north London was best for his development.

United have been priced as 12/1 odds to renew their interest in a player who slipped through their clutches back in 2008, as Ole Gunnar Solskjaer looks to strengthen his side this summer following a season of progress.

The uncertainty surrounding the futures of Paul Pogba, Donny van de Beek and Nemanja Matic could open up a vacancy in the Red Devils’ engine room, a position which Ramsey would add both creative quality and experience.

Solskjaer’s priorities appear to be elsewhere with new additions at centre-back and holding midfield high up his list, but a move for Ramsey would not surprise if there are midfield exits at Old Trafford this summer.

Could the 30-year-old return to Arsenal after two seasons in Turin?

Ramsey became a hugely popular figure during a career with the Gunners that delivered 369 appearances in all competitions, twice scoring winning goals in FA Cup finals to help the north Londoners to silverware success.

Arsenal withdrew their contract extension offer to the midfielder before his exit for Juventus, a spiralling wage bill partly contributing to the departure of a fine servant.

Ramsey looked visibly upset upon his goodbye to the Gunners’ support and may be open to a return should Arsenal register an interest in bringing him back to the Premier League.

Already ingrained with the ethos of the club, he would add an interesting option to a midfield contingent that contains summer signing Thomas Partey, Granit Xhaka and the emerging Emile Smith Rowe.

Maintaining that position will be difficult given the calibre of teams in the chasing pack, but securing Champions League qualification could have a transformative impact on the side and their recruitment plans.

Ramsey would add top-level quality to a side that looks to have a strong chance of securing European football in some capacity, though would have to take a huge cut in his wages to secure a move to the London Stadium.

Moyes has shown a desire to recruit young, hungry players with a point to prove in recent windows and Ramsey’s profile appears at odds with the club’s recent recruitment.

Much may also depend on whether a permanent deal can be secured for Jesse Lingard, who has revelled in an attacking midfield position since signing on loan from Manchester United in January.

Carlo Ancelotti’s first full season charge of Everton has been a positive one with the club having made notable strides forward, his overhauling of the Toffees’ midfield options key to their improvement.

Whilst the summer arrivals of Abdoulaye Doucoure and Allan have added strength and steel, Ancelotti could perhaps look to add some guile to the graft of his current contingent.

Recent reports have suggested Juventus could look to offer Ramsey to Everton as part of an exchange deal for former forward Moise Kean, who left the Italian side for Merseyside in 2019.

The 21-year-old failed to make an impact during a disappointing debut season at Goodison Park, but has starred since signing on loan for Paris Saint-Germain and is said to be attracting interest from his former club.

Liverpool have been made 5/2 favourites for Ramsey’s signature with the Reds set to be in the market for a midfielder this summer, the out-of-contract Georginio Wijnaldum appearing increasingly likely to depart on a Bosman transfer.

Liverpool were reportedly interested in signing Ramsey ahead of his exit from Arsenal and could look to renew their interest if they seek an experienced replacement for the outgoing Wijnaldum.

That said, Wijnaldum has largely operated in a defensive role for the Merseyside club and offers a contrasting style to Ramsey, whilst the latter’s concerning injury record will also be considered given the fitness issues that have plagued Liverpool this season.

With Jordan Henderson and James Milner both into their thirties and the likes of Virgil van Dijk, Thiago Alcantara and Joel Matip set to turn 30 before the start of next season, would adding another player in the latter stages of their career make sense for Jurgen Klopp and his recruitment team?

Unless a low-cost deal can be struck as a short-term replacement for Wijnaldum, any Merseyside move for Ramsey would come as a surprise given Liverpool’s recent recruitment.

The post Ranking the five favourites to sign Aaron Ramsey this summer first appeared on The Football Faithful.