Rejuvenated Woosie back at Masters 30 years after winning

Rejuvenated Woosie back at Masters 30 years after winning 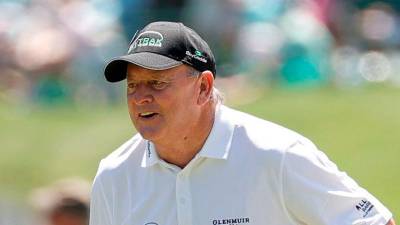 AUGUSTA: A pain-racked Ian Woosnam said two years ago that he had played his final Masters, but the rejuvenated Welshman is back for another crack at Augusta National this week.

Thirty years after winning the Green Jacket during a period of European domination, 63-year-old Woosnam will make his 32nd start here at the scene of his greatest triumph.

He seems like a new man after undergoing apparently successful spinal surgery early last year that relieved nerve pain in his lower back, and no longer approaches the long hilly walk with trepidation.

His goal is simple.

“Just to try and play the course without being in any pain really, because I’ve been in pain for the last 20 years playing around here,” he told reporters.

Woosnam said the COVID-19 lockdown had afforded him plenty of time to recuperate without being tempted to travel, and that with a healed body he could not resist the temptation to return to Augusta.

“I’ve always said if I could do something, I’d have another go, so decided to have a back operation 15 months ago… and I’ve managed to recover pretty good,” he said. – AFP