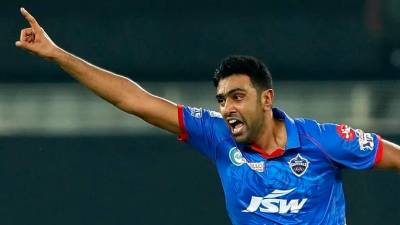 INDIA: Delhi Capitals spinner Ravichandran Ashwin (pix) said he made an exception for Aaron Finch on Monday but would not hesitate to run out batsmen if they stray out of the crease at the non-striker’s end in the ongoing Indian Premier League (IPL).

Ashwin and Delhi head coach Ricky Ponting remain at loggerheads over such a dismissal of the non-striking batsman, which, though legal, is considered by many against the spirit of the game.

Royal Challengers Bangalore opener Finch prematurely left the non-striker’s end even before Ashwin had released the ball in Monday’s IPL contest in Dubai.

Ashwin chose not to run the batsman out but later took to Twitter to issue a warning.

“Let’s make it clear!! First and final warning for 2020. I am making it official and don’t blame me later on,” the India spinner wrote, also tagging Ponting.

Ashwin, leading Kings XI Punjab last year, ran out Jos Buttler in similar fashion after the Rajasthan Royals batsman left the non-striker’s end with the spinner yet to release the ball.

Ponting remains steadfastly opposed to “Mankading”, which was named after India bowler Vinoo Mankad who ran out Australia’s Bill Brown in similar fashion in 1947.

The former Australia captain made it clear before the tournament that he would not allow “Mankading” by any Delhi players and had a discussion with Ashwin over the issue.

Delhi triumphed by 59 runs in Monday’s contest to soar to the top of the IPL points table but will miss leg-spinner Amit Mishra who has been ruled out of the rest of the tournament with a finger injury. – Reuters