Rublev battles back to beat Fucsovics and reach quarterfinals

Rublev battles back to beat Fucsovics and reach quarterfinals 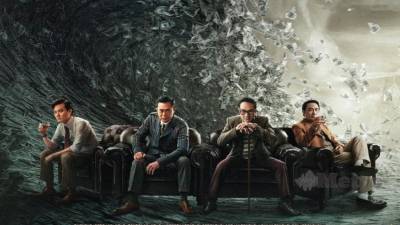 PARIS: Russian Andrey Rublev reached his second successive Grand Slam quarterfinal as he hit back to beat Hungary’s Marton Fucsovics 6-7(4) 7-5 6-4 7-6(3) at the French Open on Monday.

The world No. 12 looked in big trouble when he trailed by a set and 5-2 but rallied to end the run of Fucsovics who had shocked Rublev’s compatriot Daniil Medvedev in round one.

Rublev, who will take on Greek Stefanos Tsitsipas for a place in the last four, is one of the form players of the year and his win was his 29th in 35 Tour-level matches.

Fucsovics was trying to become the first Hungarian man to reach a Grand Slam quarter-final for 39 years and will rue a missed opportunity.

As well as building a commanding early lead he also had three set points when Rublev served at 4-5 0-40 in the fourth set but hit two backhand errors. Rublev, who won the Hamburg title on the day the French Open began, then dominated the tiebreak with aggressive tactics.

Rublev, 22, has shown his battling qualities already this year at Roland Garros, coming back from two sets down in the first round against American Sam Querrey. – Reuters