Leicester boss Brendan Rodgers delivered a positive verdict despite his side settling for a draw with Wolves, stating: “It’s that time of the year to grind out results.”

Leicester were made to settle for just a point after being held to a 0-0 draw with Wolves at Molineux.

Speaking to Sky Sports after the match, Rodgers said: “We’ve always had tight games against Wolves, they switched to a back five today and that makes it difficult when they defend so deep.

“Proud of my players, we kept going. It’s that time of the year to grind out results but we’ve come out with a point.

“We had some chances and got into some good areas. Their defending and us not making the final pass meant it didn’t work for us. But the players worked hard after a tough game in the week.”

Regarding Vardy’s aforementioned late chance, Rodgers added: “You could see it develop, he’s so bright and his instinct to make the run when he did and get across the defenders.

“I think he thought Conor Coady was going to head it so he had to adjust and didn’t quite get it right but you see his instinct.” 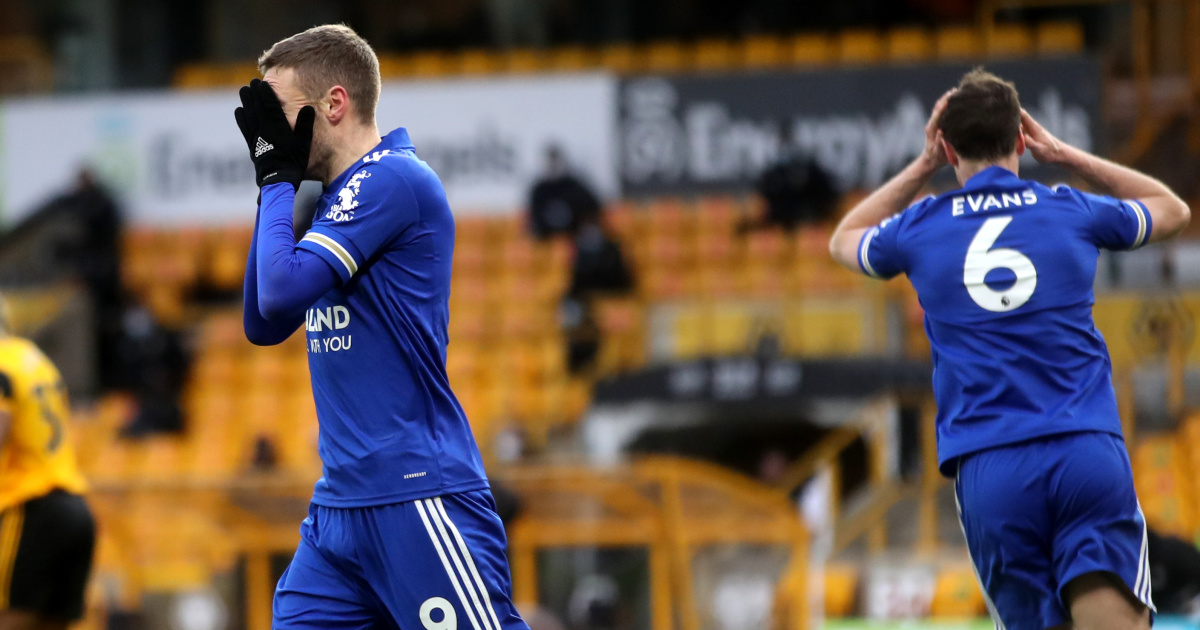 Wolves posed their biggest threat down the flanks, but Rodgers was pleased with the job his young full-back James Justin did in limiting their effectiveness.

“Pedro Neto and Adama Traore are so fast and direct but James Justin was outstanding,” he continued. “Neto in the first half gave us a problem and we controlled it better in the second half. Good players, so they’re always going to have their moments.

“To be on 43 points I don’t think there’s cause for concern for us. We want to win every game and the players give everything for the club we just recover now and go again.”

One point could’ve easily been zero if not for a magnificent late save from Kasper Schmeichel to deny Fabio Silva.

On his Danish number one, Rodgers concluded: “He produces for us every game, there’s always a save or a moment where he inspires the team.

“He got a stud to Fabio Silva’s opportunity but that’s what he does and he’s done it for a number of years. He’s one of the top keepers at this level and he’s always hungry to do more so it was a top save.”