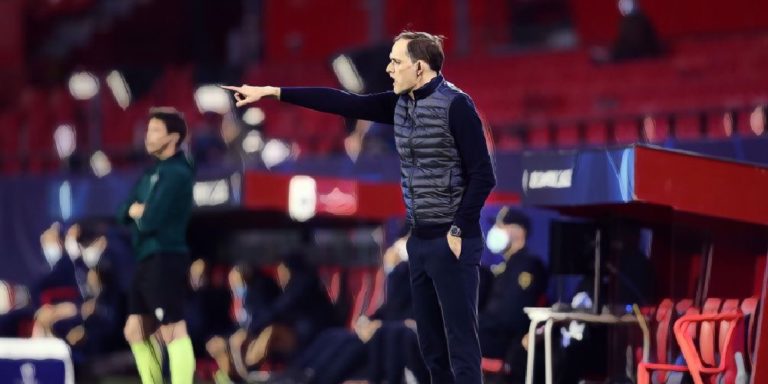 Chelsea took a big step towards booking their place in the Champions League semi-finals, earning a 2-0 ‘away’ win over FC Porto in Sevilla’s Ramon Sanchez Pizjuan stadium.

Porto had looked well drilled and well organised for much of the opening period, and had the better of the chances in the opening half an hour – particularly from set-pieces – though without really challenging Edouard Mendy.

Chelsea – who came into the game on the back of that 5-2 loss to West Brom at the weekend – weren’t at their best in the first half, but would take the lead in the 32nd minute with what was their first shot on target. Midfielder Jorginho pushed the ball through the lines, before Mason Mount produced a fine touch and spin, making space for himself in behind the Porto defence before firing past Agustin Marchesin with a low effort into the bottom corner.

Porto again started brightly after the break, but once more, struggled to properly trouble Mendy, while Chelsea wasted a couple of presentable opportunities at the other end, Havertz thankful to see the offside flag after he had somewhat inexplicably fired wide from close range.

With six minutes to play, substitute Christian Pulisic crashed an effort off the bar, but just a minute later the Blues would bag a potentially vital second away goal. Ben Chilwell nipped in to capitalise on a heavy first touch by winger Jesus Corona, before the England international raced towards the box, knocked the ball past the ‘keeper and tapped into an empty net.

Speaking after the game, Blues boss Tuchel was pleased with his side’s response to the weekend’s embarrassing loss to West Brom against Sergio Conceicao’s ‘strong’ side.

“It was a tough match against a strong Porto side,” he told BT Sport.

“There were many moments where we suffered. We accepted it. The circumstances are a bit different in a quarter-final. The spirit was good and it was an excellent result.

“I was pretty sure about that [they’d react well after the WBA defeat]. I saw a response immediately in the dressing room and the next day. That wasn’t a big concern. We were ready to respond. There will always be setbacks in sports. The biggest challenge is to bounce back.

The goals by Mount and Chilwell were the first that either had scored in the Champions League, and the German was delighted with what was two well-taken efforts.

“I’m very happy that he [Mason Mount] scores. A very important goal that opened up the game. It calmed the nerves. Not an easy shot but very precise. Very happy for Mason. He took responsbility.

“[Ben Chilwell’s goal was] excellent. He kept composure and went round the keeper. It was super important to get the second away goal. Chilly forced the mistake and kept his cool in the box. We’re very happy to go away with this result but it’s only half-time.”

Next up for Chelsea is a trip to face Crystal Palace, before the ‘home’ leg against Porto next week, the game again set to be played in Seville due to Covid restrictions.