Grealish aiming to be England’s game-changer

Grealish aiming to be England’s game-changer 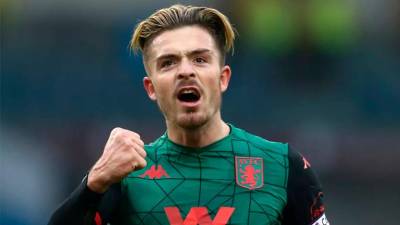 LONDON: Jack Grealish (pix) hopes to get the chance to show England manager Gareth Southgate he can be a game-changer in their upcoming Nations League fixtures.

The 25-year-old midfielder received his maiden call-up to the England squad in August and made his debut in the 0-0 draw against Denmark, impressing in a 14-minute cameo.

“I feel like I can definitely add to that,” he told Standard Sport. “I bring something different to what other players do and, fingers crossed, I get a chance.

“That is what I want, I want the chance to show the manager what I can do. I can be that player who can change a game.

“There is so much talent in there. Sometimes it is just tough for the England team because there is a lot of pressure and expectation but I wouldn’t mind that, that is what comes being footballers and playing for the national team.”

England host Wales in a friendly on Oct 8 before Nations League matches at home against Belgium and Denmark.

Southgate’s side are second in their group with four points from two games, two points behind leaders Belgium. – Reuters