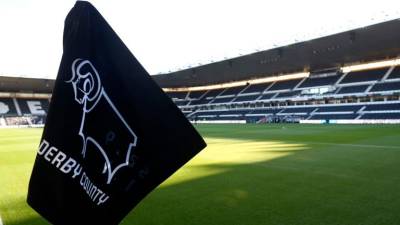 LONDON: Derby County said on Friday that a deal had been agreed “in principle” for the sale of the English Championship club to a company owned by a member of the Abu Dhabi royal family.

“Derby County Football Club’s owner and executive chairman Mel Morris CBE has been in discussion with Derventio Holdings (UK) Limited since May in relation to taking over the ownership the club,” Derby said in a statement.

“These talks progressed to the point where a deal has, in principle, been agreed between the two parties.”

The statement added: “Derventio Holdings (UK) Limited, whose ultimate controlling entity is Bin Zayed International LLC, owned by Sheikh Khaled… may now proceed with the transaction, which is expected to close very soon.”

Sheikh Khaled has previously attempted to buy into English football, with a £2 billion (RM10.8b) offer for Liverpool rebuffed by Fenway Sports Group in 2018 and a bid for Newcastle last year falling through.

Morris took control of Derby in 2015 but despite major investment in transfers and wages that have seen the club run up huge losses, they have failed to secure a return to the riches of the Premier League.

The club’s Pride Park stadium was sold to a company controlled by Morris for £81m (RM440m) in 2018 to avoid falling foul of the EFL’s profit and sustainability rules.

Derby, captained by former England and Manchester United forward Wayne Rooney, are second bottom of the Championship after 10 games of the season, with manager Phillip Cocu reportedly set to be sacked once the takeover is completed. – AFP