West Ham boss David Moyes admits he opted not to fork out large sums on a new striker in January as he did not want to ‘waste’ money on an unknown quantity.

The Hammers were linked with many forwards last month. The sale of Sebastien Haller to Ajax early in January left them light in the attacking department.

Michail Antonio was left as the club’s only recognised out-and-out striker and has been ploughing a loan furrow up front.

Jesse Lingard arrived on loan to boost the attacking ranks. But Moyes opted not to dig deep into the coffers to recruit a top-name hitman.

It does not seem to have affected them to date, with the East End outfit sitting sixth in the table. They are also through to round five of the FA Cup and face Manchester United on Tuesday.

Numerous names were mentioned as possible West Ham targets during the winter window. But Moyes has now lifted the lid on why he kept his powder dry.

“It has been well documented that we don’t have a lot of other options,” he told reporters. “We’re well aware of that and we chose to do it. I didn’t want to waste £15-20million on something I wasn’t sure about so that was the option I chose to take.”

Workload taking its toll on striker

Antonio has been leading the line in recent weeks. The 30-year-old has scored five goals from 16 appearances in all competitions.

He was forced off after 74 minutes of Saturday’s goalless draw with Fulham. Moyes played his cards close to his chest when asked if the striker’s hamstring problem would prevent him facing United.

“It will be a close call whether he makes it or not,” added the Scot. “We’ll need to assess him tomorrow to see if he is able to play.”

The capital outfit have based their success in 2020-2021 on a strong defence. They have conceded fewer league goals than both United and Liverpool. 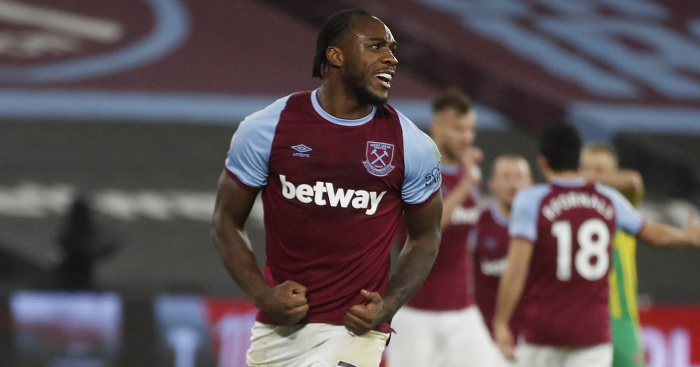 Goalscoring has not been so easy, with 34 in the Premier League, but Lingard’s addition should help. On-loan from Old Trafford, the England man scored twice on his debut as West Ham downed Aston Villa 3-1.

Now down the pecking order at the Theatre of Dreams, he is looking to revitalise his career in claret and blue.

One man who is now available for selection is Tomas Soucek. His controversial red card handed out by Mike Dean against Fulham has been overturned.