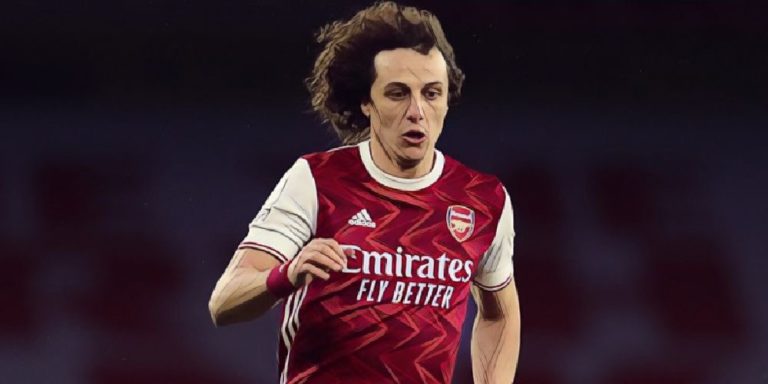 Former Chelsea and Arsenal defender David Luiz looks set to return to his native Brazil amid interest from European clubs.

The 34-year-old is a free agent following his release from Arsenal at the end of last summer, the Brazilian having spent two seasons at the Emirates following his £8 million move from Chelsea.

He recently suggested that his decision to leave was due to the Gunners differing ideas, with the defender keen to continue to win silverware ‘as soon as possible’, while the north London side were taking a more long-term approach.

“Both of us decided to split,” Luiz told the Mail. “I came for two years and the aim was to win something, which I did (the FA Cup and Community Shield).

“Now, I think the club has a different project for the long term. They have different ideas. My idea is to win, win, win as soon as possible.”

While the transfer window across Europe’s top leagues closed at the end of last month, as a free agent Luiz is still able to complete a transfer, with clubs in Italy, France and Turkey all having been linked.

According to French outlet Le10 Sport, the Brazilian’s talks with Ligue 1 side Marseille have come to an end without agreement, while he has also been linked with Italian side Salernitana – who have recently completed the signing of legendary forward Franck Ribery.

According to the report, Luiz is now expected to join a Brazilian side, with Flamengo having been previously suggested as a potential destination.

During his time in English football, the Brazilian won the Premier League, two FA Cup’s, the Champions League, and two Europa League’s, while he also won two French titles during his time with PSG.