Gareth Southgate insisted that England were in control of their World Cup qualifier against Poland, before explaining why he chose to make no in-game changes.

England looked to be on course for a sixth qualifying win from their sixth game, but conceded in stoppage time to drop two points. Although they remain unbeaten and top of the group, it was a disappointing way for the international break to end. That said, Poland probably deserved a draw for the pressure they built up.

Even so, England should have seen the game out better, which will give them plenty to reflect on.

However, the coach still thinks his players “controlled” proceedings in the second half, despite finding some areas to critique.

He told BBC Radio 5 Live: “It was no surprise that this was the hardest game in the group. Early in the game, we were a little slow to move the ball and Poland pressed us well.

“We got caught in our own half a few times but we recovered well and defended those situations well. As the half wore on we started to get a grip of the game and gain more control without making really any clear chances – other than Harry Kane’s header at the far post.

“In the second half we controlled the game. If there’s a criticism it’s that we didn’t create enough clear chances from that possession and we didn’t get enough players in the box.

“While it’s 1-0 you run the risk of what happened at the end. We’re clearly disappointed not to get the three points but I have to look at what the players have done across these three matches.

“Given that there was no way of telling how they would react after what happened in the [Euro 2020 final], I think their mentality and application has been really good.” 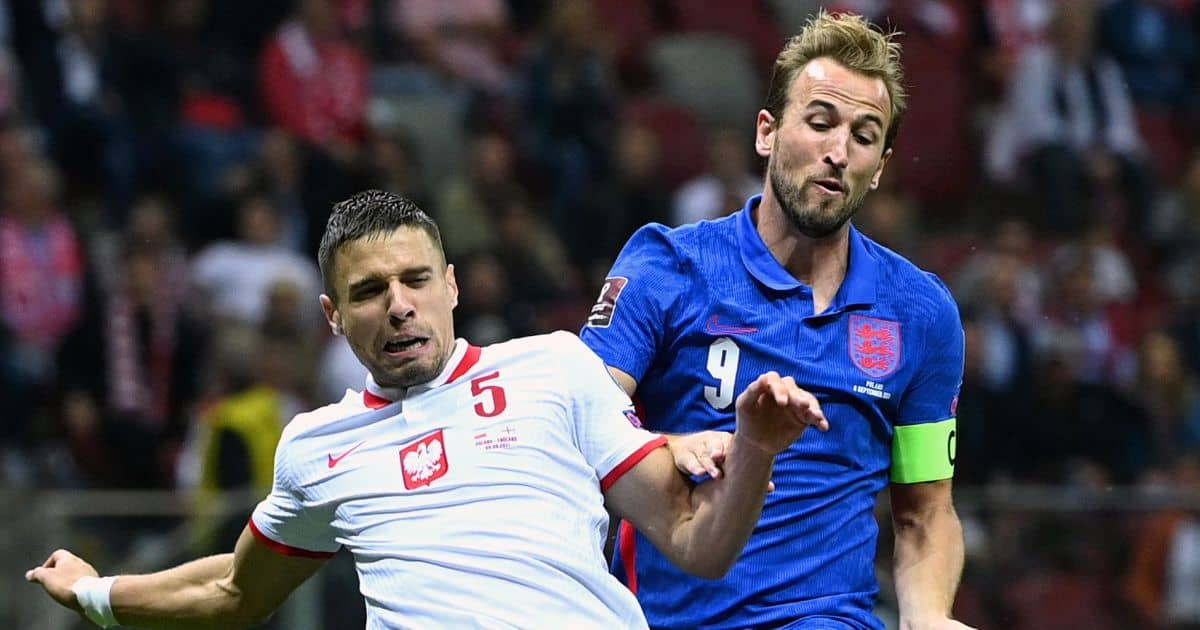 One of the questioned aimed at Southgate was his failure to use any of his substitutes, despite five being available. It was the first time since the semi-final of Euro 96 that the starting XI sent out for an England match was the same XI that finished it.

But the manager explained why he did not feel it necessary to make such changes.

He reasoned: “We wanted to make substitutions towards the end. But when the goal went in we thought there was no point because we would be adding time on.

“We were playing well, we were in control. At those moments, it’s not easy to come on as a substitute and we would be taking people off for the sake of it, frankly.

“We were in total control; there was no issue. Why disrupt it when you’re in control?”

Counting down the Premier League’s best ever players by shirt number (40-31): Grealish, Kane…

When the half-time whistle blew, there was a coming together between the two sets of players for reasons unclear at the time.

Captain Harry Kane has since shed some light on what went on.

He said: “There was an incident just before half-time which has been reported to the FA guys. They’re taking care of it and investigating it and we’ll go from there.

“Allegedly it was something that was done, not said. We haven’t chance to look at the footage and talk to the lad.”

Southgate also explained: “We’re getting to grips with what that was. There’s been a report put in and we need to find out a little bit more about what’s happened.

“At the moment we’re still gathering all the evidence so there’s no point in me speculating any further.”