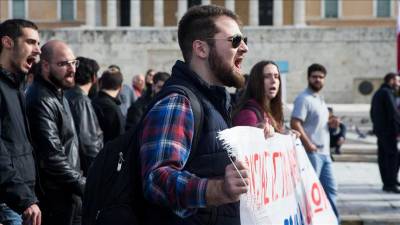 PARIS: Novak Djokovic recovered from dropping his first set at this year’s French Open and overcame a bothersome left arm to defeat Pablo Carreno Busta on Wednesday and set up a semifinal showdown with Stefanos Tsitsipas.

“It took all my strength and lots of patience, he’s a very good player,” said Djokovic.

“He doesn’t make a lot of errors so all the points were long. I started this match a bit badly with bad movement. After I found rhythm and confidence.

“It was important to stay focused on the key points.”

The Serb now sits two wins away from becoming the first man in half a century – and only the third in history – to win all four Slams twice.

However, the world No. 1 required treatment on his upper left arm after losing the opening set and looked vulnerable against an opponent who was the beneficiary of Djokovic’s disqualification at the US Open.

Carreno Busta twice had chances to break in the second set but could not capitalise, instead losing his own serve on two occasions.

Djokovic unleashed a primal roar having fended off two break points in the first game of the third set and appeared in control at 3-0 until Carreno Busta clawed back to 3-all.

But the top seed reclaimed the initiative with another break at 4-3 on his way to taking the third set.

Djokovic grew increasingly animated when he missed out a string of break points early in the fourth set, but he eventually landed the decisive blow in the seventh game when Carreno Busta pushed a forehand wide. – AFP