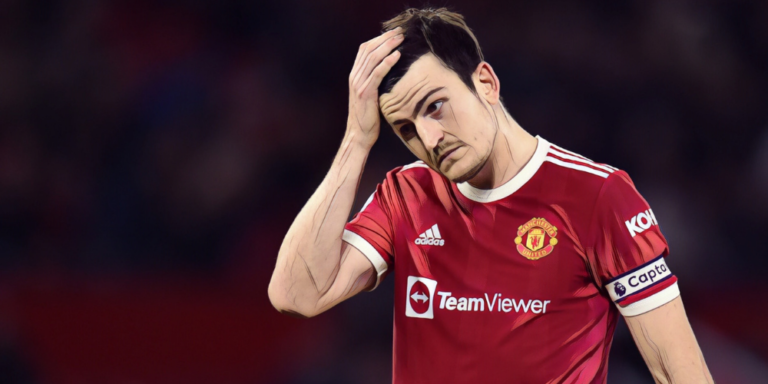 Ed Woodward’s time at Manchester United is close to an end following the official announcement that the executive vice-chairman will step down from his role in April.

Woodward leaves following a controversial eight-and-a-half year period in which he has become a much-maligned figure, his tenure set to be remembered for financial success off the pitch and a decline in fortunes on it.

The 50-year-old has been part of a turbulent period that has included four sacked managers and a current four-year drought without major silverware, whilst huge sums have been squandered on a number of signings who have fallen below expectations.

Expensive misfits and an inability to make profit on unwanted assets has contributed to the Red Devils’ fall from grace and following the confirmation of Woodward’s exit we’ve decided to assess the most expensive signings of his tenure.

Manchester United made the shock signing of Anthony Martial on deadline day 2015, making the Monaco forward the most expensive teenager of all time.

He began brilliantly with an individual goal on debut against Liverpool and scored 17 goals in all competitions during an encouraging first campaign, but his time with the Red Devils has been a mix of impressive outings and inconsistent performances.

Having moved between wide and central roles during his time at Old Trafford, his best season came during the 2019/20 campaign as he was named as the club’s Players’ Player of the Season, having scored a career-best haul of 23 goals.

Martial has too often blown hot and cold, however, whilst a return of 79 goals in 268 games is a modest total for a forward once tipped to reach the elite.

The fans too have been frustrated with his perceived lack of work-rate and his time with the club appears to be reaching its conclusion, having indicated a desire for a new challenge this month.

United’s capture of Nemanja Matic was another surprise deal, securing the signing of the midfielder from Premier League rivals Chelsea.

The Serbia international won two league titles with the west Londoners before moving to Old Trafford, where he won the Red Devils’ Player of the Season accolade in his first campaign with the club.

Recent seasons have seen the 33-year-old slow down, however, becoming synonymous with a midfield that has lacked dynamism and creativity in recent campaigns.

Matic started brightly, but in truth his best seasons as a Premier League player came in the colours of Chelsea.

Jose Mourinho reportedly beat off competition from Manchester City to sign Fred, with the former Manchester United manager hailing the capture of the Brazilian midfielder.

“Fred will complement our other midfielders’ qualities, which we need; his creative brain and passing vision will give us another dimension to our game.”

Mourinho’s comments have failed to ring true, however, with Fred having been a regular target for criticism during his time in English football.

Whilst the 28-year-old’s endeavour can rarely be faulted, the negativity of his partnership with Scott McTominay has become representative of the Red Devils’ status behind the Premier League’s best.

Fred’s energy and tenacity are commendable, but it is difficult to envisage the Brazilian being a regular in the midfields of Manchester City, Liverpool or Chelsea.

The best signing of recent windows, Bruno Fernandes’ arrival sparked an instant upturn in fortunes after the midfielder signed on the dotted line from Sporting Lisbon.

Arriving during the 2020 January window, he arrived at an underperforming team before sparking a 14-game unbeaten run that secured Champions League qualification, providing 15 goal involvements during that period.

It’s a hat-trick for @B_Fernandes8

The Portugal international has struggled to replicate those performances this term with the arrival of Cristiano Ronaldo having impacted his star status, but the 27-year-old is set to be a central figure under the new regime as the club consider candidates for the permanent manager’s position.

Aaron Wan-Bissaka’s impressive performances for Crystal Palace – being named as the Eagles’ Player of the Season in 2018/19 – saw Manchester United splash £50m to sign the right-back that summer.

The 24-year-old has divided opinion ever since his move to the Red Devils, with criticism over his on-the-ball ability and contribution going forward. Wan-Bissaka has thrived in one-vs-one duels, but has appeared to regress over the past 18 months with his defensive positioning also often questioned.

His attacking contributions also make for grim reading, with the defender having failed to provide a single goal or assist in 15 league appearances so far this season.

In a side seeking to dominate possession, his limitations have been exposed.

The failure tenure of David Moyes the previous season prompted mass change and the capture of Di Maria – having just starred during Real Madrid’s run to Champions League success – was deemed a coup.

The Argentina international began brightly but his form soon faded, the winger struggling to settle in England with an attempted break-in at his Manchester home further adding to his uneasiness.

He departed after just one season and three league goals to sign for Paris Saint-Germain, whilst a number of critical comments since directed towards the Red Devils have done little to increase his popularity at Old Trafford.

Jadon Sancho became the Red Devils’ first marquee signing of the 2021 summer transfer window, arriving in a £72.9m deal from Borussia Dortmund after a protracted chase.

United had expressed an interest in the England winger the previous summer, before finally landing Sancho in a big-money deal.

The 21-year-old has struggled during his opening months in the Premier League, however, scoring just one goal and failing to provide a single assist in 16 league appearances this season.

It’s a poor return for a player who registered 104 goal involvements in just 137 appearance across four seasons with Dortmund. He will be given time to improve, but it’s been a disappointing start so far.

Rating: Too soon to judge

United spent £75m to lure Romelu Lukaku from Everton in 2017, after the forward had scored an impressive 87 goals in 166 appearances on Merseyside.

The Belgium international enjoyed a strong first season with the Red Devils to score 27 goals in all competitions, but struggled to replicate those performances the following campaign and found himself out of favour on occasion under Ole Gunnar Solskjaer.

Lukaku was often criticised for his link-up play despite a healthy goal return of 42 goals in 96 games during his time at Old Trafford. He was allowed to leave after just two seasons with the club, signing for Inter Milan in a £73m deal.

Harry Maguire became the most expensive defender in football history after signing from Leicester, with United spending a huge £80m to land the England international.

Maguire had impressed during the Three Lions’ run to the 2018 World Cup semi-finals and arrived at a Red Devils’ side in need of presence at centre-back.

He enjoyed a strong first season and was named as club captain mid-way through his debut campaign, but his performances have proven erratic in recent months and he has become a regular target for critics.

Maguire has the capabilities to be a feature in the Red Devils’ side, but he has done little to endear himself of late in an increasingly divided dressing room and his captaincy credentials have been strongly questioned. Even at his best, the £80m investment was a huge overspend.

Manchester United became the first Premier League side since the mid-nineties to break the world transfer record in 2016, signing Paul Pogba from Juventus in an £89m deal.

The midfielder had left the club four seasons earlier after growing frustrated with a lack of opportunities, before flourishing into one of Europe’s most promising talents and winning four consecutive league titles in Turin.

His arrival was seen as the catalyst to restoring the Red Devils back amongst Europe’s elite, but his time with the club has been a period of inconsistent performances, fleeting brilliance and all-too-often media controversy.

It is difficult to remember a sustained run of impressive showings from the France international, who appears to be edging ever closer to another Old Trafford exit with his contract up at the end of the season.

United face the prospect of an £89m loss on their record investment, with just a League Cup and Europa League to show across the past five.

The post Rating the impact of the 10 most expensive Man United signing’s of Ed Woodward’s reign first appeared on The Football Faithful.