Toni Nadal returns to Tour to work with Auger-Aliassime

Toni Nadal returns to Tour to work with Auger-Aliassime 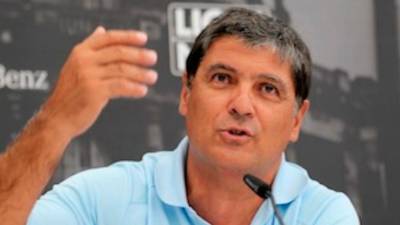 LONDON: Toni Nadal (pix), the man who masterminded nephew Rafa’s incredible career, is returning to the Tour as part of the coaching team of Canadian youngster Felix Auger-Aliassime.

Nadal, 60, decided to step down as Rafa’s coach in 2017 and concentrate on running the Rafa Nadal Academy in Mallorca.

But he has been tempted back by the chance to work with the 20-year-old and will be in his camp for next week’s Monte Carlo Masters — the tournament at which Nadal made his big breakthrough in 2005 before claiming the first of his 13 French Open titles a few weeks later.

Auger-Aliassime, the world number 22, confirmed that Toni Nadal was joining his team in a Zoom call on Thursday.

“I will be working with Toni starting from this tournament,” Auger-Aliassime, who is coached by Frederic Fontang, said.

“I sat down with Fred and my team and parents and I thought to myself it would be good to go to someone who has been at the highest level of our sport, who has been to where I want to go.

“Really it’s gaining advice and experience and just working on a day to day to become a better player. I know there’s no secret tool or recipe or that you just click your fingers and things work out.”

Touted as a potential Grand Slam champion, Auger-Aliassime is yet to enjoy a breakthrough moment and has lost all seven ATP finals he has contested.

He first approached Toni Nadal in Mallorca in December after going there to train.

“Our values and work ethic really aligns so for me that’s a great thing personally and I’m glad he’s part of my project and hopefully we can do great things in the future,” he said.

For Toni Nadal it is an unexpected change of path after opting to step aside as a coach on Tour in 2017.

“I never considered before to work for someone else,” he said. “For me it’s a wonderful thing to work with a guy like Felix, first a very educated player, a player that can become one of the best players in the world and become a champion in big tournaments.

“I could not work with someone unless they are respectful, and have good values because I had the luck to work all my life with a kid that was very respectful and gave a very good image wherever he went.

“Now I have the possibility to work with a guy who believes in the same, to improve, work hard every day.”

Nadal stressed that should Auger-Aliassime play his nephew in the coming months he would not be in either box.

“If (Rafa) has to lose to someone then I would rather him lose to Felix,” he said. “I’m still his uncle and have many years of involvement with him.

“I hope Felix will be number one in the future. For now he needs to keep improving and I keep being Rafa’s uncle.” – Reuters