(video) Been there, haven’t done that!

(video) Been there, haven’t done that! 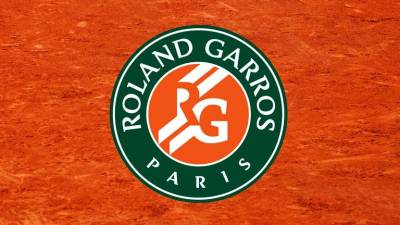 Swiatek can become the first Polish woman in the Paris final in 81 years while Podoroska could be the first qualifier to make a final at the Slams.

Kenin and Kvitova, the only two seeds left, have been here before — Kenin won the Australian Open in January while Kvitova was Wimbledon champion in 2011 and 2014.

At this out-of-season Roland Garros, it’s hardly surprising that some performances have been out of this world.

Podoroska, ranked at 131, is bidding to become the first qualifier ever to make a Grand Slam final.

Taking full advantage of the section of the draw from which Serena Williams withdrew after the first round, 23-year-old Podoroska stunned third seed Elina Svitolina in the quarterfinals.

Playing in just her second major in Paris, she started the year ranked a lowly 255.

She has won 43 matches across all tours in 2020 despite the truncated season and will break into the top 50 after the tournament.

Swiatek, just 19 and ranked 54, is only the second woman from Poland to reach the semifinals at Roland Garros – the last was Jadwiga Jedrzejowska who finished runner-up in 1939.

She enjoyed one of the tournament’s stand-out moments when she knocked out top seed and 2018 champion Simona Halep in the last 16.

“I felt little bit more pressure because I feel like after beating Simona, I’m not the underdog anymore,” said Swiatek, a diehard Rafael Nadal fan.

“But I am just focusing on tennis, not that I’m playing a girl with lower ranking.”

The daughter of an Olympic rower, Swiatek is a fan of AC/DC and Pink Floyd although it was Guns N’Roses’ Welcome to the Jungle which accompanied her onto court for her quarterfinal win over Martina Trevisan.

Australian Open champion Kenin and two-time Wimbledon winner Kvitova have both made the last four without facing a seeded opponent.

Kenin’s highest-ranked rival was world No. 49 Fiona Ferro in the last 16; Kvitova’s was 39th-ranked Zhang Shuai, also in the fourth round.

Despite that, Kenin has had to battle through four three-setters in five of her matches so far. It’s a further sign of her tenacity on clay – at the 2019 tournament, she stunned Serena Williams in the third round.

Before this season, the 21-year-old had never gone as far as the quarterfinals on the surface.

Kvitova, back in the semifinals for the first time since 2012 when she lost to eventual champion Maria Sharapova, has not dropped a set, a feat matched by Swiatek.

“It means a lot to be back in the semifinals,” said 30-year-old Kvitova. “After my last match, I was very emotional to be in the quarterfinals. Now I am in the semis. I never imagined this would happen after everything that has happened. This is my lucky place.”

It was Paris where Kvitova made her comeback in 2017 after spending six months recovering from a terrifying knife attack at her home in December 2016.

Kenin believes her Melbourne breakthrough will be key for her on Thursday.

“I definitely feel like I have improved since Australia. I’m having a lot of matches and finding my groove,” she said.

Paths to the semifinal