It is a telling fact that the oldest player in the England squad at Euro 2020 was Jordan Henderson at just 31. Phil Foden, Bukayo Saka, Marcus Rashford, Jadon Sancho, and Mason Mount are amongst the leaders of the new-look youthful energetic England under manager Gareth Southgate that reached the final at Wembley this summer.

There are many more promising talents coming up through the ranks in English football, providing a breath of fresh air to the national team and the Premier League. One such youngster who is on the edge of a major breakthrough is Chelsea’s Joe Haigh.

‘It gives us belief. If they can do it, why can’t it be us? It pushes us and motivates us to do more in training,’ says Joe when asked about the current English, and more specifically, young Chelsea players like Tammy Abraham, Reece James and Fikayo Tomori (and Mason Mount of course) who are taking senior football by storm. And Joe is right. There is no answer to why it cannot be him.

An attacking player who can play across the line and as a false nine up front, Haigh is a precarious talent who is billed up to be the next Mount, given the stylistic similarities between the two. Just 18, he has been promoted to the Chelsea U23s this season and has even trained with the first team squad a few times already.

A local from Ashtead, Joe has been with Chelsea since the U10s level. ‘I first got scouted by Fulham and I trained with them for a bit when I was at the U9s level but when Chelsea came everyone would fall on their knees for that. I went for a trial there and was just blown away by everything, the facilities there and straight away I knew that Chelsea were the club for me,’ he reveals.

Self-admittedly, Haigh’s favourite position is the number 10 second-striker role which gives him the freedom to express himself like his idols, Lionel Messi and Steven Gerrard. However, it has not been an easy path for the Englishman in his short career so far. He has had two injuries which disrupted his development but the midfielder has recovered well and claims that his time away helped him focus more on his body and to understand it better and come back stronger.

Joe is also a part of the England youth set-up, having played for the Three Lions at the U15 and U16  level and also part of a recent U19 training camp. He counts these moments as amongst the proudest moments of his career.

‘Singing the national anthem alongside the biggest talents in the country was probably the biggest moment for me.’

As Joe puts it, scoring goals is always fun and that reflects in his record so far. Haigh has 15 goals and 6 assists for Chelsea’s youth sides in 35 appearances across the U18 Premier League, UEFA Youth League and FA Youth Cup – a very healthy return from attacking midfield.

He also made his debut in the Premier League 2 for the developmental side of the West London club last season, when they finished second in the division behind Manchester City. Haigh is looking forward to getting more minutes for the U23s where he will aim to continue his rich goalscoring form.

While Haigh’s output on the field is telling in his numbers, his influence and aesthetics cannot be quantified. A graceful dribbler, he is a player who makes things happen on the field. He likes to take on people and create chances for his teammates while also getting on the end of a few himself.

Joe Haigh’s goal against Norwich City for the U18s sums up everything good about his game. He picked up the ball deep in his own half, carried it forward, beat a couple of the opposition players before shooting into the top corner from over 30 yards, leaving the goalkeeper helpless.

His playing style is effective and elegant, which is very hard to find in a talent so young.

The aforementioned English stars all have one trait in common – technical proficiency. It is something that usually is not associated with the English game but the new generation has shown that technicality is key for success. And Joe Haigh is no different.

The youngster has an eye for goal and has focused a lot on his technical skill. It is what makes him stand out from the pack, the X-factor if you may.

‘I’ve worked on my passing and shooting a lot and have always tried to improve my two-footedness. Being good with both feet is important and it is something I work on. Alongside that, the physical side and diet is what I am aiming to improve’

Chelsea have become used to having exceptional talent coming through their academy and they have identified Haigh as a potential future star. He recently signed a new contract that keeps him at the club until 2023 and hopes to make his debut for the senior team this season.

A youth deal next season may be on the cards to get more regular playing time at the senior level and add some steel to the silk that is already very refined. 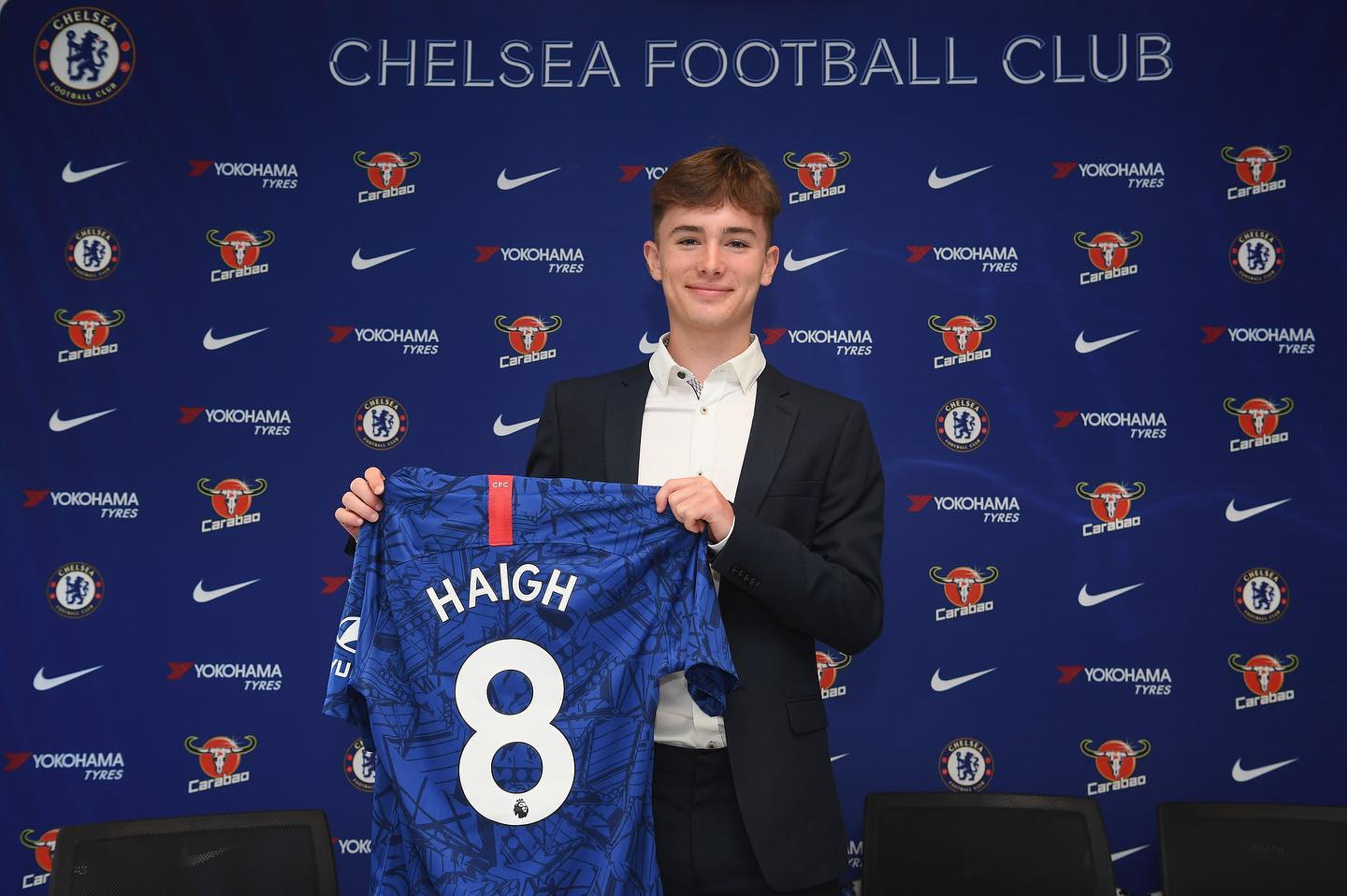 ‘You see with Mason Mount he went out on loan with Vitesse and Derby and Tammy too. So it [Chelsea’s loan system] has clearly worked and is successful,’ Joe says with confidence of a person who knows what he needs to do to step up to the next level. ‘This season I’m starting with the U23s but potentially next year. We’ll wait and see.’

Haigh has the skill-set to make it at Chelsea or any other club in the country if he can continue his current exponential rate of development. There are big things to come but he has learnt from a young age to play without fear, the most important lesson according to him. Could he be the next Mason Mount? All signs say yes, but he would rather be Joe Haigh, fearless and smiling.

The post REMEMBER THE NAME appeared first on FootTheBall.