Where’s Billy Joe Saunders from, is he married and does he have any children?

Where’s Billy Joe Saunders from, is he married and does he have any children?

BILLY JOE SAUNDERS is taking his world super middleweight belt Stateside for his US debut against Marcelo Esteban Coceres.

The Brit, nicknamed Superb, will be making his first defence of the WBO title with eyes of a future fight with Saul ‘Canelo’ Alvarez in the future – but where is he from?

Where is Billy Joe Saunders from?

The 30-year-old was born in Welwyn Garden City in Hertfordshire, yet he grew up down the road in Hatfield.

Saunders comes from a Romanichal travelling community, similar to Tyson Fury – who is also known as the Gypsy King.

He became the first person from a British Romanichal community to qualify for an Olympic Games, losing in the second round in Beijing. 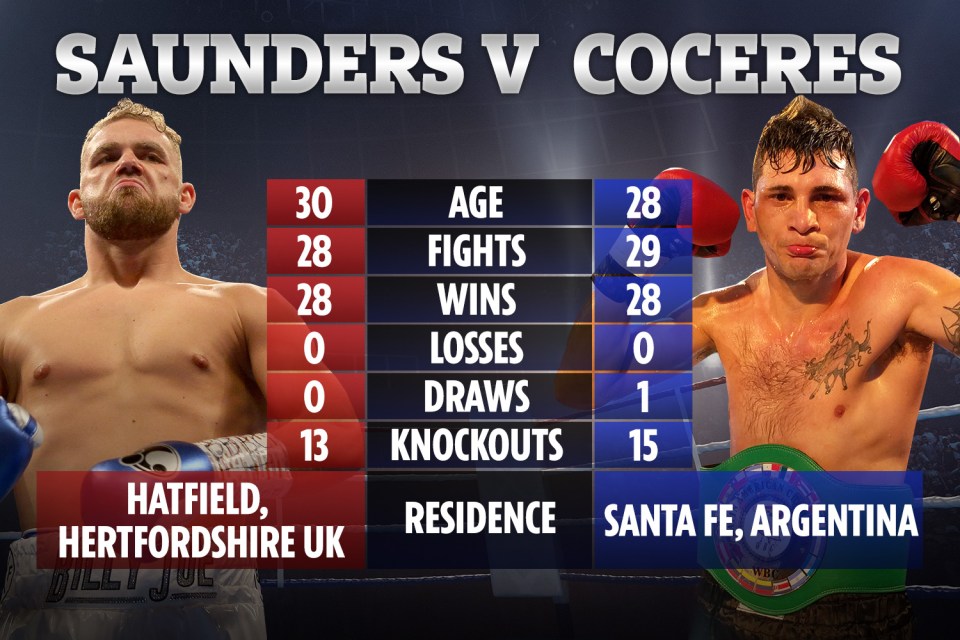 Most Read In Boxing


KSI vs Logan Paul rematch: When will the second fight of the Youtubers take place?

Is Billy Joe Saunders married and does he have children?

Saunders is not believed to be married or in a relationship.

Yet, he has two sons with former girlfriend Ruby, including Billy Joe Jr, 12, and 10-year-old Steve.

The younger of the two has made headlines himself, having had to apologised for punching his dad’s former opponent Willie Monroe Jr in the nuts.

The boxer also welcomed a baby girl in May 2017, with her name believed to be Vienna.

MLS is Back: Mueller’s brace leads Orlando City past NYCFC