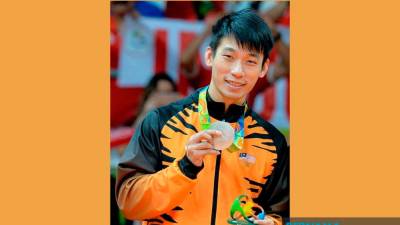 KUALA LUMPUR: The chemistry between Chan Peng Soon (pix) and Valeree Siow is blossoming well despite less than a month forming a partnership as the new national mixed doubles pair.

Peng Soon said he was pleased to see that the compatibility with his new partner Valeree is getting better and better ahead of their debut at the India Open, which kicks off tomorrow (Jan 11) until Sunday (Jan 16).

“So far, Valeree and I are having a good training session before the India Open. I am quite happy to see her performance as of now,” he said when contacted today.

However, the 33-year-old shuttler admitted that he did not set any target in this tournament so as not to put any pressure to the 19-year-old Valeree.

The Penang-born player just hopes that both of them would have a good outing in the tournament that will be held at the K.D Jadhav Indoor Hall in New Delhi.

On Dec 10, Valeree was chosen as Peng Soon’s new partner after the senior shuttler announced his ‘break-up’ with Goh Liu Ying after a 13-year partnership, which saw them winning the 2016 Rio Olympics silver medal as their best achievement.