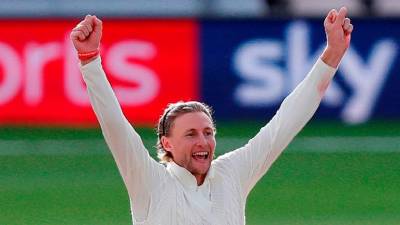 Anderson had managed two wickets, both tailenders, in a subdued display during India’s first innings on a flat track at Chennai’s MA Chidambaram Stadium.

It turned out he had saved his best for the final morning when his spectacular three-wicket burst effectively snuffed out India’s hopes of securing a draw in the series-opener.

“He is like a fine wine – getting better and better,” Root said after equalling Michael Vaughan as England’s most successful Test captain following the 227-run victory.

“When there’s pressure, he will never let you down.”

Root, who was man-of-the-match after his 218 in the first innings of his 100th Test, marvelled at Anderson’s skill and longevity.

“He’s the GOAT of English cricket,” Root said of the Lancashire bowler.

“For Someone at 38 to be still getting better, still being as fit as he has ever been, it’s a huge credit to his desire to play for England. He’s a great role model to the rest of the group.”

Anderson said he was happy to get Shubman Gill and Ajinkya Rahane clean bowled on a track where the ball usually kept low.

“It’s always nice to see the stumps cartwheeling out of the ground, doesn’t happen very often at my age, so yeah really happy with it,” Anderson told a video conference.

England’s rotation policy means Anderson is not certain to play the second Test, especially with the tendency to alternate him and Stuart Broad to get the best out of the veterans.

Anderson said he would put his hand up when England pick their playing XI for the next match, also in Chennai, from Saturday.

“Yeah, of course. When a batsman gets in rhythm and in form, they want to just keep batting, keep that rhythm going, and it’s the same for bowling, you want to keep that going as much as possible,” he added. – Reuters