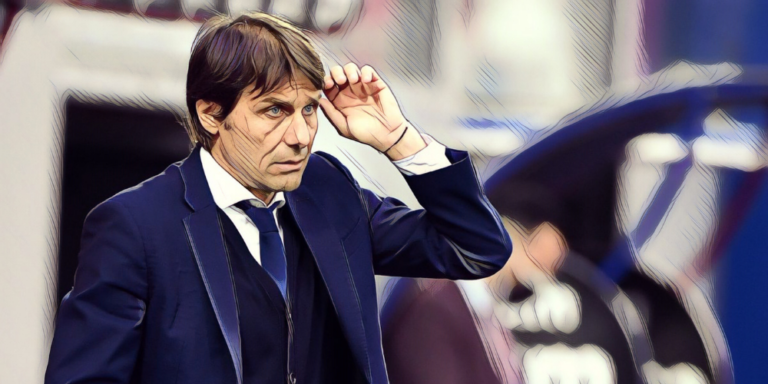 Former Chelsea boss Antonio Conte has praised England’s qualities ahead of Sunday’s final, although did pick out one ‘weak’ area that Italy could exploit.

The 51-year-old – who is currently out of a job following his departure from Serie A champions Inter Milan earlier this summer – previously spent two years in charge of the Italian national team, taking over from Cesare Prandelli in 2014, before stepping down after Euro 2016.

That tournament had seen the Azzurri not only avenge their 2012 showpiece disappointment with a win over Spain, but also reach the quarter-final’s, where they were narrowly defeated by Germany on penalties.

Conte’s exit to Chelsea saw Gian Piero Ventura take charge, yet he suffered the shame of failing to guide the nation to World Cup qualification, before being axed in favour of former Manchester City boss Roberto Mancini.

His arrival has helped spark a real revival for Italy in recent years, the team currently on a 33-game unbeaten run and have impressed to secure a place in the European Championship final, where they will take on Engand.

Ahead of that clash, Conte has heaped praise on the Three Lions quailities, notably picking out the number of attacking options at Gareth Southgate’s disposal, while also highlighting ‘devastating’ skipper, Harry Kane.

“Unlike Spain, who tended to pass it backwards, [England] always try to hit you in one-on-one situations,” he wrote in Gazzetta dello Sport.

“And then of course Harry Kane. Many praise his ability to go get the ball and link up with the team, as with the equaliser against Denmark. Of course, he is very good at that, but it is in the middle of the penalty area that he is very strong, a sniper, and I would always keep him there as a manager, because he can be devastating.”

Conte did however say England’s midfielder pairing of Kalvin Phillips and Declan Rice often play ‘the easiest option’, while suggesting the defence is vulnerable to ‘ultra-offensive pressing’.

“In the middle of the park they have two very physical midfielders in [Declan] Rice and [Kalvin] Phillips, capable players who bring balance but very few vertical passes, often going for the easiest option,” he added.

“One of England’s weak spots is that, if their defence is pressed when building from the back, they aren’t as good as Spain at escaping their opponents’ press. But if you go after them with ultra-offensive pressing and they do escape, then watch out for their pace up front.

“Again, this is when the [Italy] players must show their experience at reading the various moments of the game.”

Read – Breakthrough: Five young players who have shone during Euro 2020

The post Conte praises England’s qualities but picks out ‘weak’ area Italy could exploit first appeared on The Football Faithful.