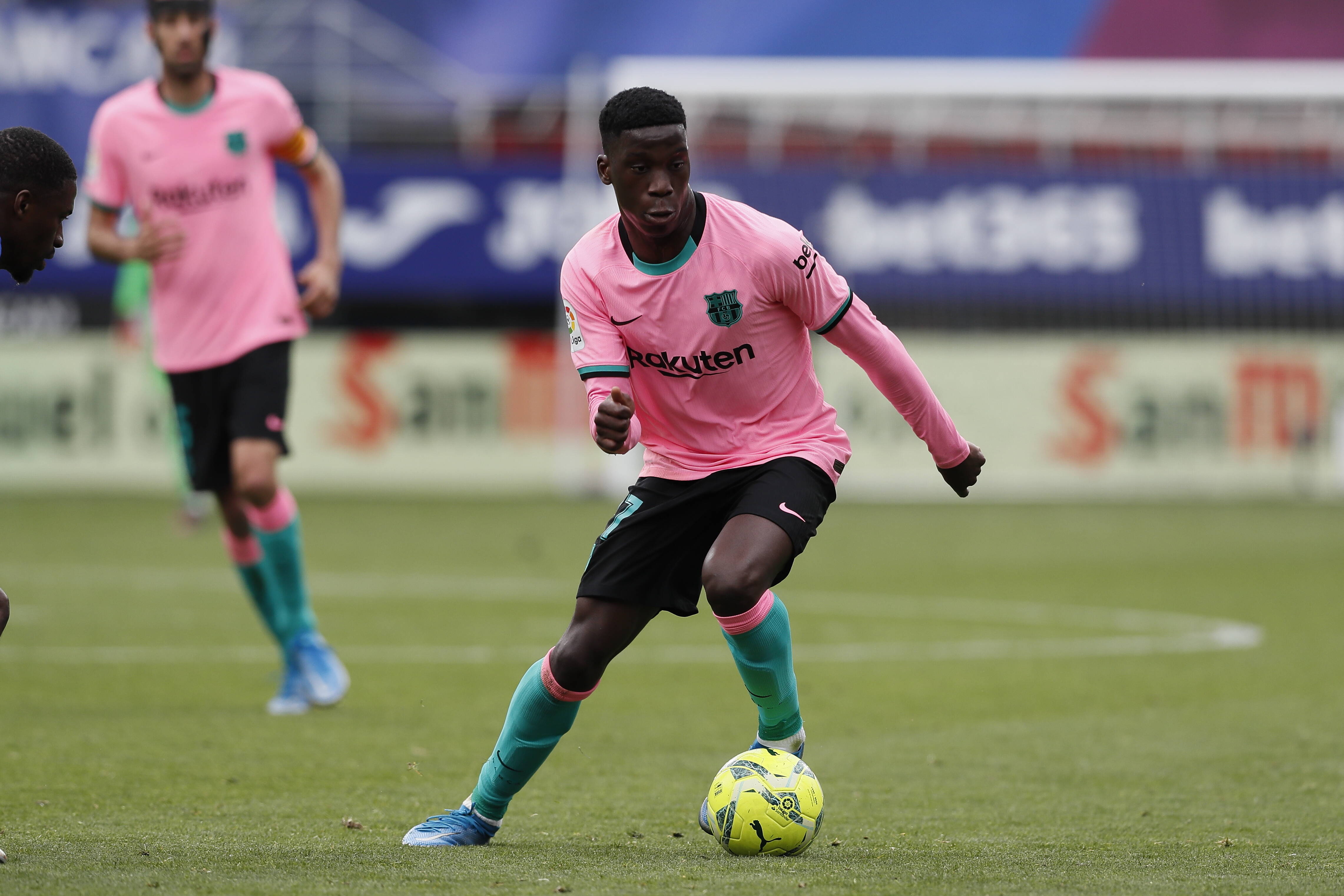 Barcelona midfielder Ilaix Moriba is eyeing a move away from the club after feeling disrespected by the contract offer on the table, Marca reports.

The 18-year-old made his breakthrough with the Catalan giants last season, registering one goal and three assists from just 536 minutes in the Spanish La Liga.

He has now entered the final year of his contract. Talks over an extension have completely stalled, with the club’s offer being well below his expectations.

The club have offered him a salary similar to some academy graduates, who are yet to make their debuts or don’t have much chance of playing next term.

Moriba has been left angry and disrespected by the proposal. His refusal to sign the extension has seen the club demote him to the B team.

There has been no renewed offer on the table, and Moriba looks set to part company. He could also leave on a free transfer in 12 months.

The Blaugrana need to reduce their wage bill by a staggering €175 million in the coming weeks to come within the new La Liga salary cap.

They can’t register any new players until then. That also includes Lionel Messi, who will be considered a new signing after his contract expired on June 30.

The Argentine is a free agent after 17 years with the club. The hierarchy are desperate to keep him as he brings the vast share of their commercial revenue.

Amid their financial crisis, it is unsurprising that they are reluctant to meet Moriba’s wage demands. He appears more likely to be sold this summer.

He is valued at €25m by Transfermarkt. The Catalan giants could look for a similar fee, with Moriba regarded as one of their best young players.