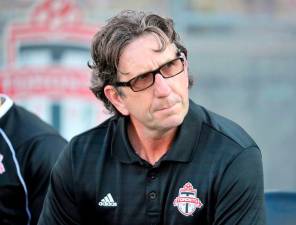 July 10: Former Ipswich Town and England international striker Paul Mariner has died at the age of 68, the national team announced on Twitter on Saturday.

Lancashire-born Mariner, who began his career at Plymouth Argyle, scored 135 goals in 339 matches for Ipswich. He lifted the FA Cup in 1977-78 under manager Bobby Robson and went on to win the UEFA Cup with the team in 1980-81, the club said.

He also had stints at Arsenal, Portsmouth, Wollongong City, Albany Capitals and San Francisco Bay before retiring in 1993. Mariner managed Plymouth as well as Major League Soccer side Toronto FC after his playing career.

“We’re sad to have learned that Paul Mariner, who made 35 appearances for the #ThreeLions, has passed away at the age of 68,“ the England team said.

“Mariner represented England between 1977 and 1985, scoring 13 goals. Our thoughts and sympathies are with his family, friends and former clubs.”

Mariner led the line for England in the 1982 World Cup.

Mariner’s family released a statement saying he had died after a brief battle with brain cancer, the BBC reported.

“… Paul lived a full life and was fortunate enough to represent a group of fantastic football clubs as well as his country, all of which meant the world to him,“ Mariner’s family said in the statement.

“Anyone who knew Paul will attest to his fantastic sense of humour, his passion for life and his work. He will be sorely missed by everyone who was ever around him and by those most close to him.” — Reuters