‘Nothing has changed’ – Dortmund defiant over Haaland

‘Nothing has changed’ – Dortmund defiant over Haaland 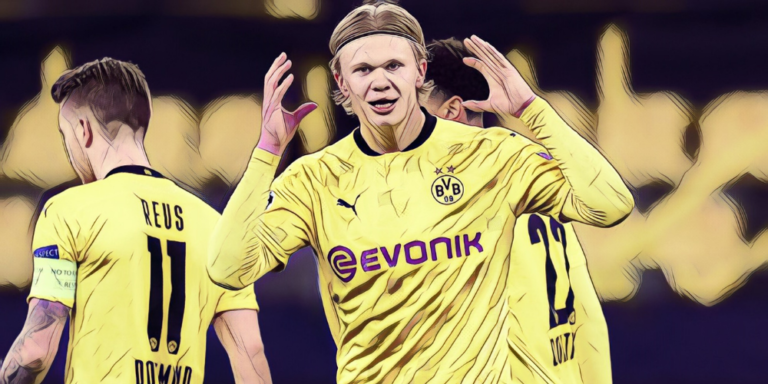 Borussia Dortmund are remaining defiant over the future of Erling Haaland, insisting they are planning for the striker to be at the club next season.

The 20-year-old has emerged as arguably the most sought after player in world football ever since he burst to prominence with Red Bull Salzburg, before joining Dortmund back in January 2020.

Since his move to the Wetfalenstadion, Haaland has netted at a barely believable rate, scoring 57 goals in just 59 games in all competitions over the last 18 months, including 41 in 41 last season, steering the club to Champions League qualification.

His form has unsurprisingly attracted the attention of Europe’s biggest sides, with Manchester United, Man City and Chelsea facing competition from the likes of Real Madrid, Barcelona and Bayern Munich.

Dortmund are unsurprisingly keen to keep their star striker at the club beyond this summer, though the presence of a release clause worth around £70 million that comes into effect next summer leaves them somewhat powerless to keep him, with there having been some suggestions they could look to cash in now to maximise their return.

Despite that, they have remained adamant that the Norwegian will not be following Jadon Sancho out of the exit door, even with reports claiming that Chelsea are preparing to make a £150 million bid.

According to Dortmund sporting director Michael Zorc, the Bundesliga side are still planning to keep the Leeds born striker at the club for the upcoming season, a stance they took 12 months ago over the sale of Sancho.

“Nothing has changed,” Zorc is quoted by Bild.

“We are still planning with Erling for the new season”

The post ‘Nothing has changed’ – Dortmund defiant over Haaland first appeared on The Football Faithful.