Remembering every time England played Italy at a major tournament

Remembering every time England played Italy at a major tournament 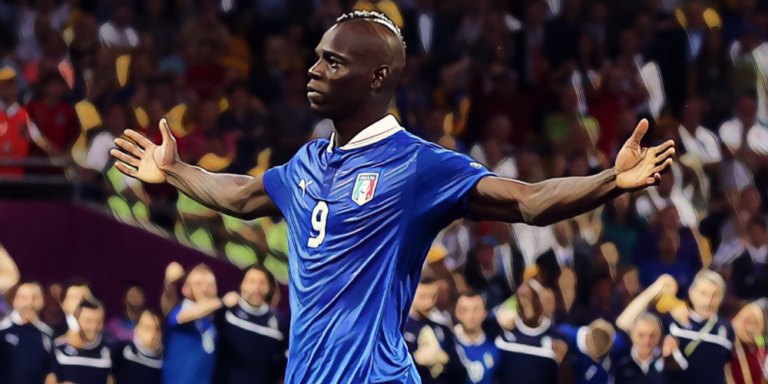 This weekend’s Euro 2020 final will see England take on Italy, the two sides preparing to meet for just the fifth time in major tournament history.

While the Three Lions will be looking to create history with their first European Championship triumph, the omen’s don’t bode particularly well for Gareth Southgate’s men, the Azzurri having had the better of their previous tournament encounters.

With four meetings at the World Cup and the European Championship’s, Italy have edged past England on every occasion, with the current crop looking to buck the trend at Wembley on Sunday.

Here’s how it played out every time the two nations have met in major tournament history.

The first tournament meeting between the nations came just over 40 years ago, with Ron Greenwood’s side suffering defeat against the tournament hosts.

The 1980 edition of the European Championships was the first to feature eight teams, split into two groups, albeit with just the group winners progressing to the final, leaving the two runners-up to contend in a third-place play off.

Drawn in the same group, both sides had begun the tournament with a draw, England being held to a draw by Belgium despite Ray Wilkins’ early goal, while Italy played out a goalless stalemate with Spain.

The two sides would meet in the second group game in Turin, an England side including the likes of captain Kevin Keegan and iconic stopper Peter Shilton, taking on an Italian team that included legendary ‘keeper Dino Zoff and defender Claudio Gentile.

With Greenwood’s men lacking the firepower of Trevor Francis, they struggled to breakdown a typically strong opposition defence, although Enzo Bearzot’s side were equally blunt in attack.

The games solitary goal eventually came 11 minutes from the end courtesy of Marco Tardelli, the midfielder turning home from close range to keep his side’s hopes of alive of securing top spot, while the Three Lions were left knowing the best they could achieve was a third-place finish.

A potentially forgotten game for both nations, the two sides lined up at the iconic tournament that was Italia ’90, albeit in the seemingly futile encounter that is the third-place playoff.

After a stuttering start to the tournament, Bobby Robson’s men defeated Egypt to top their group, before edging past Belgium and surprise package Cameroon to set-up a semi-final clash with West Germany, where the Three Lions would inevitably suffer penalty shoot-out heartbreak to crash out of the competition.

As for Italy, the tournament hosts had powered through the group stage, winning all three games, before defeating Uruguay and then Ireland in the early knockout phase, eventual Golden Boot winner and the tournament’s unexpected star Toto Schillaci netting the winner against Jack Charlton’s men.

Much like England, however, the Azzurri would taste defeat in the semi’s on penalties, losing to Diego Maradona and Argentina after the game had finished 1-1 after extra-time.

In the battle for third spot, the game was goalless for over 70 minutes, before a thrilling 15 minutes spell saw Italy run out winners and collect something of a consolation prize after missing out on the ultimate goal of a World Cup triumph on home soil.

Roberto Baggio gave hosts the lead after a Peter Shilton error, with David Platt then heading England level ten minutes later, before Schillaci netted his sixth of the tournament from the penalty spot to clinch victory.

It was another 22 years before they would meet again at a major tournament, the two sides coming together for a quarter-final clash at Euro 2012.

Under the newly-appointed Roy Hodgson, England secured their place as group winners, holding France in the opening game, before seeing off both Sweden and Ukraine, despite having been without talisman Wayne Rooney for the opening two fixtures due to suspension.

As for Italy, they drew 1-1 with eventual winners Spain in the opening game, before registering the same scoreline against Croatia, with their final group encounter seeing a Mario Balotelli-inspired win over Ireland take them through as group runners-up.

In the last eight meeting, Cesare Prandelli’s side were by far the better side, yet came up against a resilient and stubborn opposition, lead superbly by John Terry.

With the game finishing 0-0 after 120 enthralling minutes, the dreaded shootout was to settle proceedings, with the Three Lions gaining the advantage after Ricardo Montolivo’s miss.

However, Italian icon Andrea Pirlo then produced an iconic panenka penalty to deceive Joe Hart and sway the momentum, with the two Ashley’s – Cole and Young – going on to fail to convert to send England packing.

Prandelli’s men battled past Germany in the semi’s, yet were simply outplayed in the showpiece, going down to a rampant La Roja who swept to a 4-0 win.

Two years on, England looked to exact revenge after being drawn alongside their 2012 victors in Group D at the World Cup in Brazil, the two sides meeting in the opening group game.

In the baking heat in Manaus, Hodgson’s men looked to have made the perfect start through Liverpool youngster Raheem Sterling, the forward’s long range effort agonisingly striking the side netting and sparking some into premature celebrations.

Despite a promising start, it was Italy who took the lead, Claudio Marchisio firing home from just outside the box following a well-worked corner routine, Pirlo executing an exquisite dummy to tee up his Juventus teammate.

Daniel Sturridge dragged England level just minutes later, yet the tie was eventually settled just after the interval, the mercurial Balotelli heading home with ease at the back post after good work from Antonio Candreva.

The Three Lions would go on to pick up just one point from their remaining two games after losing to Uruguay and playing out a stalemate with surprise package Costa Rica, seeing them finish rock bottom of the group.

Italy wouldn’t exactly fare any better, however, losing both of their next two games to join England in an early tournament exit. The two nations have only met twice more since in international friendlies, in 2015 and 2018, both of which ended in 1-1 draws.

Read Also – Opinion: Jack Grealish is world class, but Man City may not be the ideal home for him

The post Remembering every time England played Italy at a major tournament first appeared on The Football Faithful.