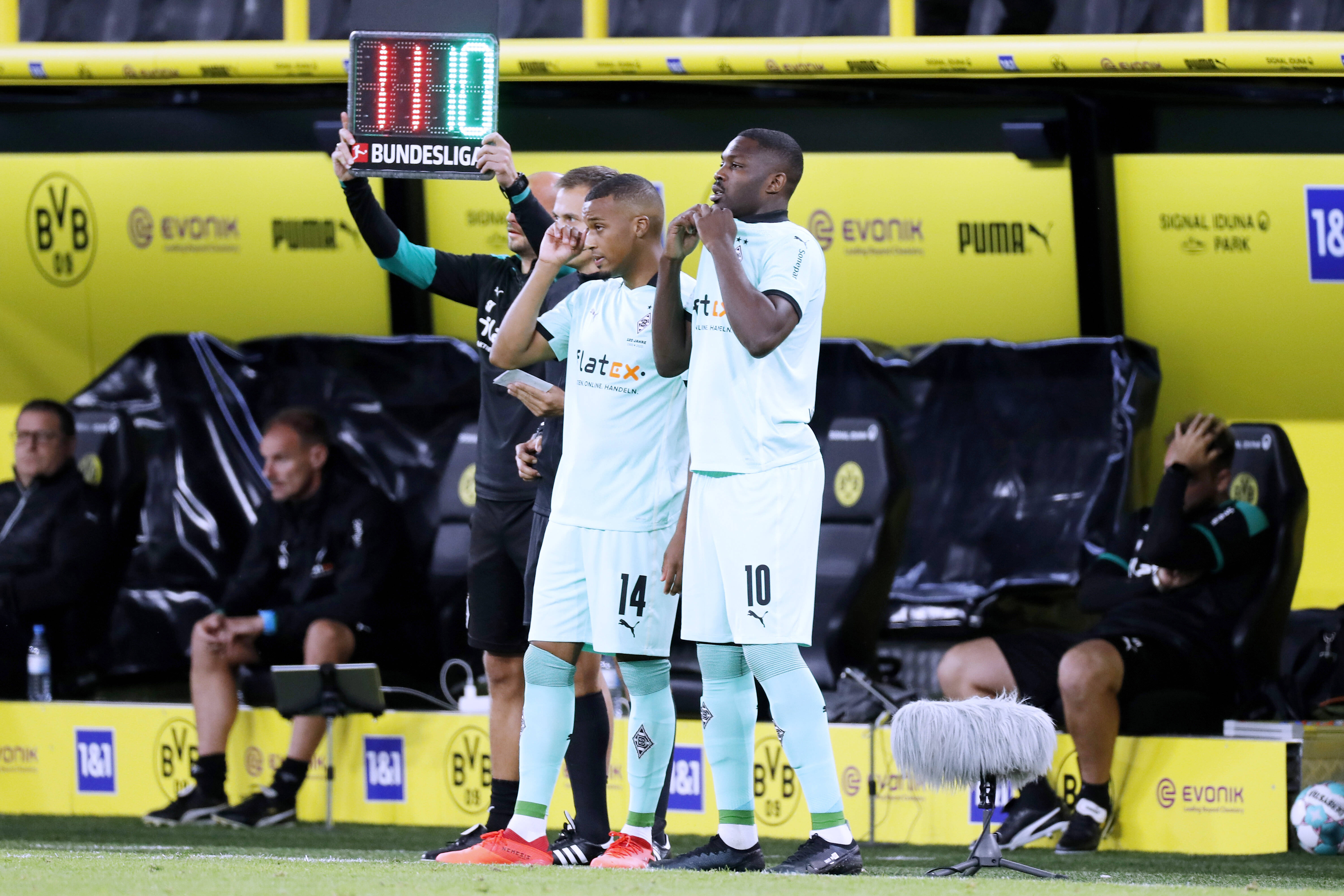 Tottenham Hotspur are preparing for the possibility of losing Harry Kane this summer, and have identified Borussia Monchengladbach striking duo Alassane Plea and Marcus Thuram as his potential replacements, reports Le10Sport.

The French news outlet claims that Spurs greatly appreciate the understanding the French striking duo has struck on the pitch, but are yet to make contact with the Bundesliga side.

Although Tottenham are ready to put up a fight in their bid to hold on to Kane, nothing is guaranteed and they are preparing for the worst.

Plea and Thuram bagged 23 goals between them last season across all competitions, and are one of the best striking partnerships in Europe.

Spurs know replacing their star striker’s goals would prove extremely difficult, and they reckon signing two replacements could do the trick.

Given their importance to Monchengladbach over the years, prising two of their most important players away in the same summer could be impossible, but Tottenham would have enough cash to tempt the German side into sales if Kane gets sold.

Plea, 28 and Thuram, 23, can both play as number 9s and on both wings, and Spurs manager Nuno Espirito Santo could be delighted with the prospect of landing them.

However, the Portuguese would prefer to hold on to the England international team captain given his unrivalled quality in front of goal.

Manchester City have already seen their £100 million bid for Kane knocked back, but are expected to return to the negotiations table after Euro 2020 with the player very much keen on leaving North London.