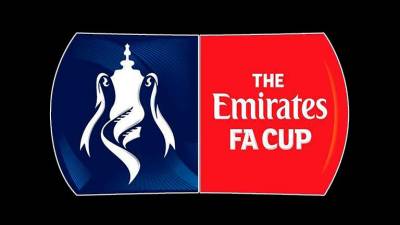 Leeds’ Argentine manager Marcelo Bielsa fielded a strong line-up for the trip to West Sussex but League Two Crawley, a non-league club until nine years ago, produced the biggest upset of the round.

Nick Tsaroulla stunned the Yorkshire side in the 50th minute with a superb individual goal as he wriggled free of his marker and burst goalwards before drilling the ball into the far corner.

Three minutes later Ashley Nadesan doubled the advantage, breaking into the box on the right and driving a low shot which Leeds keeper Kiko Casilla failed to keep out at his near post.

The third came when Nadesan’s low drive was saved by Casilla at close-range but Jordan Tannicliffe pounced to smash the ball home.

LONDON: Chelsea midfielder Mason Mount scored on his 22nd birthday as Frank Lampard’s side eased to a 4-0 victory over fourth-tier Morecambe in their FA Cup third-round tie on Sunday.

Mount gave Chelsea an early lead at Stamford Bridge with a fierce shot from 25 yards, leaving Morecambe goalkeeper Mark Halstead with no chance.

Callum Hudson-Odoi and Havertz also got their names on the scoresheet in the second half as Chelsea secured their first win in four games in all competitions.

MANCHESTER: Bernardo Silva scored two goals and Phil Foden another as Manchester City strolled to a 3-0 win over second-tier Birmingham City in the third round of the FA Cup on Sunday.

Portuguese midfielder Silva scored his first goal at the Etihad Stadium in over a year when he fired the ball into the top corner in the eighth minute after Birmingham defender George Friend failed to clear.

Silva doubled City’s lead seven minutes later, finishing off a brilliant team move with a simple tap-in and Foden made it 3-0 before the break with a low strike from outside the box.

Riyad Mahrez thought he had added City’s fourth around the hour-mark when he slotted in at the back post, but the goal was disallowed after the Algerian was ruled to have been offside.