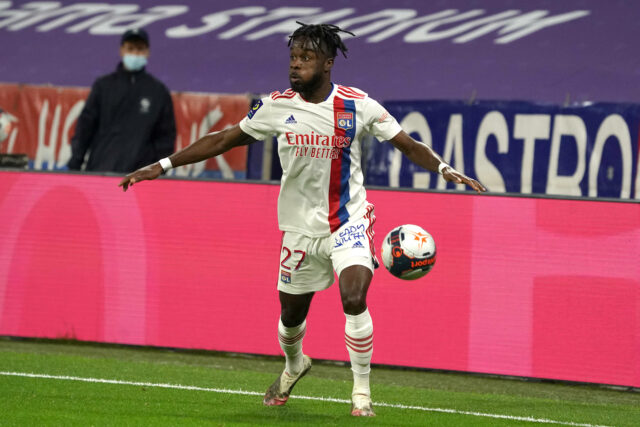 Burnley are ready to make a bid for Lyon defender Maxwel Cornet this summer.

According to reports from The Sun, the Clarets are in talks to sign the 24-year-old speedy winger who played last season at left-back.

Burnley like him for his ability to play both roles, and they are now ready to make a bid in the region of £13 million for the Ivory Coast international.

The report claims that Burnley wants extra pace, and they have earmarked the speedy winger as a perfect fit for the role.

German outfit Hertha Berlin are in the race for the player’s signature and could offer more than Burnley are willing to splurge.

We have seen several players moving from the French league to England this summer already, and Cornet could do the same as well.

Cornet was heavily linked with a move to Leeds United this summer.

The Sun claim that Leeds boss Marcelo Bielsa was interested in him, and the Argentine liked his pace and skill.

However, Leeds were not willing to meet Lyon’s asking price and hence dropped the interest.

Bolstering the left-back area was a priority for the Whites this summer, and Leeds did really well to sign Junior Firpo from Barcelona earlier this month.

Burnley are interested in signing Marc Albrighton, but Leicester do not want to lose him. The Foxes may offer a new deal to make him stay at the club.