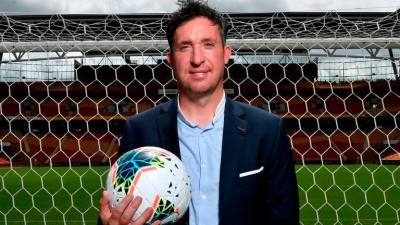 Fowler was appointed East Bengal manager on a two-year deal on Friday, with the ex-Liverpool striker bringing in former Everton and Manchester City midfielder Tony Grant as his assistant.

The 45-year-old last managed A-League side Brisbane Roar and guided them to fourth place before the season was suspended due to the COVID-19 pandemic.

Fowler is hoping to enjoy a similar breakout season with East Bengal, who became the newest entrant in the ISL last month.

“My coaching philosophy is based on wanting to be competitive and play the right way. We want to get the results and be a possession-based team,” Fowler told reporters on Saturday.

“If you delve into our experience in Australia, we took a team who were second-bottom and made them competitive. In terms of stats, we were by far better than most other teams in the A-League last season.

“We improved the team drastically and that is our aim again, to play the right way and be as successful as we can.”

East Bengal, a 100-year-old club from the eastern city of Kolkata, were confirmed as the ISL’s 11th team last month following Shree Cement’s acquisition of a majority stake.

Fowler said the club’s late entry into the ISL could make it difficult to prepare his squad for the new season, which begins next month behind closed doors in the western state of Goa.

“We are a little bit late in terms of getting the ownership switched over, but we will be as good as we can be,” he added. “We will demand the team to work hard and we know it will be a challenge.” – Reuters