Liverpool forward Diogo Jota could be sent home early from international duty with Portugal after suffering a muscle problem which has prevented him training.

Portugal coach Fernando Santos admits the 24-year-old’s chances of facing Luxembourg in Tuesday’s World Cup qualifier are slim. He also did not feature in the friendly win over Qatar at the weekend and is not fully involved with the squad.

That could put in doubt his participation in Liverpool’s Premier League match at Watford this weekend. That is also a game which goalkeeper Alisson and midfielder Fabinho could miss, as they are not due to arrive back in England from Brazil duty until late on Friday.

“He trained a while ago, increased the intensity today with (physio) Joao Brito, but he didn’t train with us,” Santos told his pre-match press conference.

“The probability (Jota will play) will be little. I’ll talk to him and see how he feels.

“If we see that he is in any condition to be on the bench and then he can come in, that’s fine.

“If we don’t, we won’t take the risk with a player who hasn’t been able to train with us for a long time.

“Assuming he cannot participate in the game, he goes (back) to Liverpool. In these matters, clubs want to have players.

“They have confidence and know the quality of our clinical department. But if he can’t play tomorrow, it makes perfect sense for him to head to Liverpool.”

Meanwhile, Liverpool in fact have no interest in Olympiacos defender Pape Abou Cisse after recent links with a move for him to Anfield, according to a fresh report.

Speculation on Friday claimed that the Reds want to bolster their back line with the Senegal international. Indeed, he became the second Olympiacos star to reportedly emerge as a Liverpool target in a week. 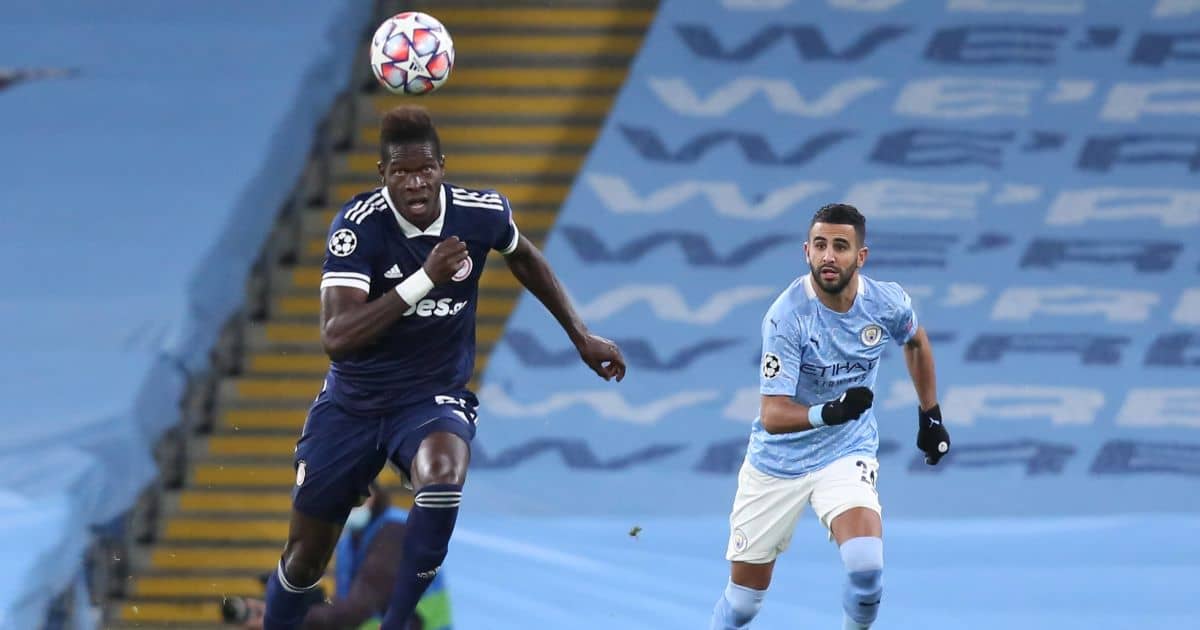 Cisse would be joining up with international colleague Sadio Mane if he made the move to Liverpool.

According to a fresh report from Sportime, though, Jurgen Klopp’s side have no interest in signing the 26-year-old.

The centre-back has made a fine start to the season, including in the Europa League.

He has played in both Olympiacos games as they beat Royal Antwerp 2-1 before defeating Fenerbahce 3-0. Liverpool scouts reportedly watched Cisse in the latter match.

Overall, he has made 13 appearances and chipped in with two goals this campaign.