Six Premier League players who smashed it during the international break

Six Premier League players who smashed it during the international break 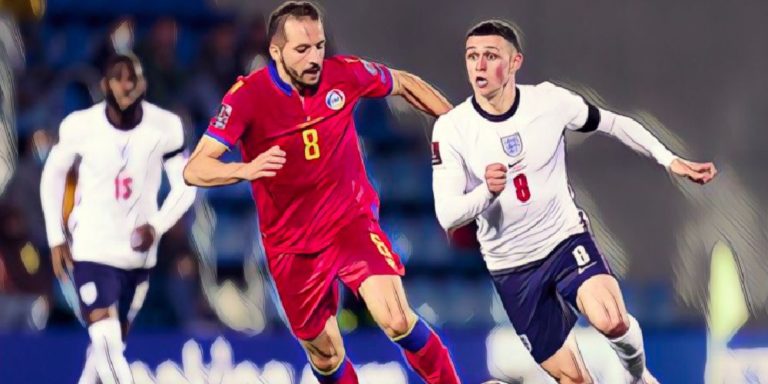 The latest batch of international fixtures has once again showcased the stellar array of talent on offer in the Premier League, with a whole host of top-flight stars catching the eye in the most recent World Cup qualifiers and Nations League fixtures.

While perhaps not the most prestigious tournament in the footballing calendar, the latter competition certainly didn’t disappoint over the past week after a handful of dramatic encounters, with World champions France adding further silverware after seeing off a resurgent Spain in the showpiece.

Elsewhere, qualification for next year’s World Cup edges ever closer to being finalised, with England having one foot in Qatar following their 5-0 thrashing away at Andorra, while both Scotland and Wales produced positive results to boost their hopes of securing a play-off spot.

Here are six Premier League players who shone for their respective countries over the past week.

It may have ended in disappointment for Luis Enrique’s side after their 2-1 defeat to Les Bleus in the Nations League final on Sunday, yet they look like they are building something special in Spain at present, with Manchester City‘s Ferran Torres the spearhead of an exciting young side.

Having starred for his country at Euro 2020, the former Valencia man continued his hot streak with a brilliant brace in the win over Italy on Wednesday, with La Roja capitalising on an early Leonardo Bonucci red card to see-off the European champions and end their remarkable 37-game unbeaten run.

The 21-year-old had put his side ahead prior to that dismissal after expertly guiding the ball into the back of the net from Mikel Oyarzabal’s wicked cross, before the two men combined once again in first-half stoppage time as Torres headed home after another clever dink from his teammate.

Ferran Torres scores in his third straight game for Spain

While Roberto Mancini’s men netted through Lorenzo Pellegrini late on, Spain hung on to secure passage to the final and exact revenge for their Euro 2020 semi-final loss at Wembley in the summer, with Torres once again the difference maker as his deadly double took his tally to 12 goals for his country in just 22 appearances.

Having been so impactful through the middle in that semi-final clash, it was a surprise to see the City man line up off the right in the showpiece, with his involvement not quite as impressive as their opponents came from behind to secure the win after goals from Karim Benzema and Kylian Mbappe.

Nevertheless, it was another fine week for the young Spaniard, who has perhaps done more than enough to warrant a regular starting berth through the middle for his club under Pep Guardiola.

Just a week on from his man of the match display against Liverpool at Anfield, Phil Foden once again hit the headlines for another classy showing for England against Andorra, as a much-changed Three Lions side cruised to victory against the international minnows.

While the level of the opposition may not have been particularly impressive, it was hard to ignore the quality of the Manchester City man’s performance, as he pulled the strings in midfield for Gareth Southgate’s side.

Acting almost like a quarterback, the 21-year-old dropped deep to dictate play and sprayed a succession of delightful passes over the top for his teammates, notably teeing up Ben Chilwell early on for a headed chance, before playing a role in the defender’s goal after picking out Jadon Sancho with another exquisite lofted pass.

While he may not be afforded anywhere near as much time in the Premier League, Foden demonstrated his expert knack at unlocking the door and creating a chance out of seemingly nothing, as he did to great effect to pick out Bukayo Saka for his well-taken goal just before the break.

Having looked to have nailed down a left-wing berth for his club after his performance against the Reds, his display at the weekend has only raised further questions about just where his best position lies, with the youngster looking comfortable anywhere across the front line and in a midfield role.

What a night it was for Scotland on Saturday as they twice came from behind to secure a vital three points in their quest for World Cup qualification, with a play-off spot now looking increasingly likely as they moved to second place in Group F, having opened up a four-point cushion on their opponents Israel.

Backed by a full and raucous Hampden Park crowd, Steve Clarke’s men recovered from multiple setbacks – including a first-half penalty miss – to secure a dramatic 3-2 victory in stoppage time, with Manchester United midfielder Scott McTominay bundling home at the back post to spark euphoric scenes.

While that late winner ultimately grabbed the headlines, one of the biggest stories of the game was the performance of on-loan Norwich City man Billy Gilmour, with the 20-year-old running the show in midfield to only enhance his already growing reputation.

No better feeling than a last min winner! Hampden Park was rocking

A supreme technician, the Chelsea loanee constantly demanded the ball from his far more experienced teammates in order to dictate the tempo, while he also notably put his body on the line to win his side a penalty, albeit with Lyndon Dykes seeing his effort comfortably saved.

He may only be six games into life at senior international level, yet the midfielder is quickly becoming a pivotal figure for his country.

Another star of that enthralling victory, Scotland captain Andy Robertson was at his brilliant, relentless best on Saturday, laying on two assists to help wrestle his side back into the game.

At times the Liverpool man has faced criticism for failing to replicate his club form at international level, yet he was simply superb at the weekend, thriving in his attacking wing-back role and dovetailing beautifully with Kieran Tierney to offer the hosts a persistent threat down the left.

The two full-back’s combined to draw Scotland level after Eran Zahavi’s early free-kick had given the away side the advantage, with Robertson picking the ball up from the Arsenal defender and driving at the Israeli defence, before teeing up Aston Villa’s John McGinn who duly curled home.

Some slack defensive work at a free-kick allowed the visitors to strike back just moments later, yet once again the skipper was on hand to drag his side level after the break, firing in a wicked cross for Dykes to attack at the near post, with the goal standing despite a nervy wait following a VAR check for a potential high foot from the striker.

With McTominay’s late goal securing a deserved victory, Scotland’s hopes of reaching Qatar next winter are well and truly alive, with Robertson hoping to captain the country to a first World Cup since 1998.

Robert Page’s side had taken the lead in what was a thoroughly entertaining encounter, courtesy of a smart finish from stand-in captain Aaron Ramsey, before the hosts drew level just minutes later as Jakub Pesek turned home after an initial good save from Danny Ward.

The Leicester City stopper then had a real moment to forget as he failed to deal with Ramsey’s back-pass and inadvertently flicked the ball into his own net, before his blushed were spared late on as James calmly slotted home at the back post after an excellent threaded pass from Harry Wilson.

As ever, the Leeds United man had carried the main source of threat for the visitors throughout the game, with his searing pace causing all sorts of problems for the Czech backline, while he perhaps should have had an assist after squaring to Kieffer Moore early on, only for the striker to squander the chance.

Scored the equaliser and created the most chances.

Having sealed a move away from Manchester United at the end of the summer, it could well be a much needed fresh start for the 24-year-old at Elland Road, with the hope for Marcelo Bielsa’s side that he can replicate the consistent form he has shown for his country over the past few seasons.

Another trophy for France captain Hugo Lloris to hold aloft, as Didier Deschamps’ men overcame a stern Spanish test to add the Nations League to their World Cup triumph.

In truth, such a scenario had seemed unlikely in their last-four clash with Belgium, in which they found themselves two goals down at half-time and with their skipper to thank for brilliantly denying an early strike from Kevin De Bruyne.

The Tottenham man could perhaps have done better with at least one of the Belgian goals, yet did well to ensure the damage did not get any worse as his side held off a first-half onslaught, before remarkably turning the game on its head to win 3-2, courtesy of a 90th minute goal from AC Milan full-back Theo Hernandez.

Again in the final, France fell behind to a Mikel Oyarzabal strike, yet recovered swiftly to draw level through a stunning Karim Benzema effort, with Kylian Mbappe sealing the win late on with a typically composed finish, having survived a contentious offside call.

In a frantic final ten minutes, however, the French looked almost certain to concede as their opponents peppered Lloris’ goal, yet the 34-year-old stood firm to deny anything and everything that came his way, notably keeping out strikes from goalscorer Oyarzabal and Yeremi Pino in the closing stages to secure the win.

The post Six Premier League players who smashed it during the international break first appeared on The Football Faithful.