Thomas Partey could find himself with a new partner and Arsenal the creative midfielder they crave after promising talks were held with the agent of Dominik Szoboszlai.

The 20-year-old joined RB Salzburg in 2018 from second tier outfit FC Liefering. He has since gone on to make 73 appearances and has been involved in a remarkable 54 goals in that time.

The Hungary international is considered to be one of European football’s brightest prospects. That status is expected to earn him a lucrative move over the next couple of transfer windows.

According to a recent report from Index, Szoboszlai has emerged as major target for Mikel Arteta.

The Gunners chief is desperate to add more creativity to his midfield. They did sniff around Houssem Aouar this summer, but were put off by Lyon’s £55m demands.

However, they could have more luck with Szoboszlai. It will also be of encouragement that his Salzburg deal contains a release clause of just €25m (£22.5m).

It was reported last week that the player’s agent, Matyas Esterhazy, was ready to hold talks with Arsenal.

Now talks between Arsenal technical director Edu and Esterhazy have been confirmed by Gazzetta dello Sport.

They claim Esterhazy responded to questions about his client in the hallway of the offices at Hungary’s Forbes magazine.

After being asked about Szoboszlai’s situation, Esterhazy apparently replied: “Arsenal’s interest is real.”

The Sun take Arsenal’s interest a step further with a deal on the cards in January.

It’s felt that Arsenal’s stunning 3-0 loss to Aston Villa has brought to the boil their need for reinforcements. 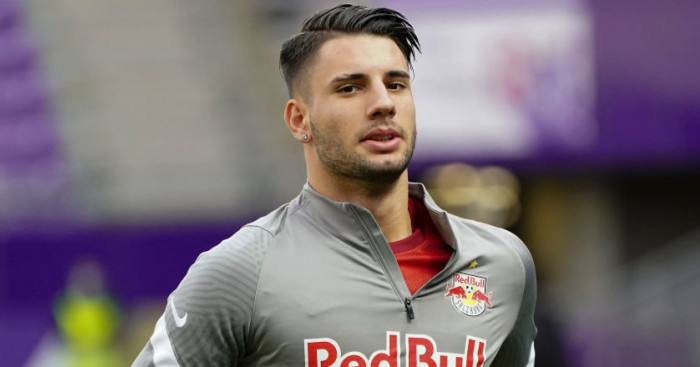 Arteta is said to be keen to bring in Szoboszlai as a midfield partner for Partey, who himself now is an injury doubt.

Ian Wright claimed Arsenal’s display at the weekend was “as bad as he’s ever seen”.

“It’s as bad a performance as I’ve seen from an Arsenal side,” Wright said on Match of the Day 2. “When you consider only two of them were playing in midweek.

“It was poor in every department. They need to break the lines, they need space to hit the ball into, they were dithering on the ball.

“It was a million miles away from the performance against Manchester United [where they won 1-0].

“They were streets ahead of us today.”

He added: “The effort and workrate from a team that was rested was nowhere near good enough.

“You need to impress your game upon them.

“There’s a lack of a central midfielder that can create what [Arteta] needs, but you can’t go into a game like that.”