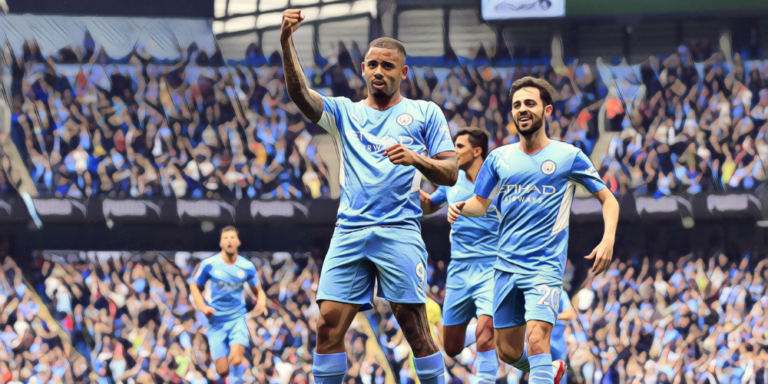 Aston Villa have secured the signing of Philippe Coutinho from Barcelona, the midfielder an eye-catching January arrival at Villa Park as he looks to revive his career with a return to the Premier League.

Coutinho starred as one of the division’s best talents during five seasons with Liverpool, impressing with his vision, technique and penchant for spectacular goals.

Steven Gerrard will hope he can bring the best from his former teammate in the coming months, with Coutinho amongst the best Brazilians to have played their football in England.

Following his return to these shores, we’ve looked at the five Brazilians with the most goals and assists in the Premier League.

Richarlison ranks fifth amongst the most productive Brazilians in Premier League history, having amassed 54 goal involvements in 154 league appearances for Watford and Everton.

The forward signed for Watford from Fluminense but spent just one season at Vicarage Road, scoring eight league goals to attract interest from Merseyside.

Everton spent £40m to bring him to Goodison Park and he enjoyed the best campaign of his career during his first season with the club, netting 13 league goals.

Richarlison matched that total the following season and has now scored 41 goals in the Premier League, whilst he has also registered an impressive ten goals in 32 caps for the national side, forming part of the side that won the Copa America in 2019.

Chelsea memorably hijacked Tottenham’s deal to sign Willian in 2013, securing the services of the highly-rated winger from Russian side Anzhi Makhachkala.

The £30m deal proved a shrewd signing for Chelsea with Willian becoming an important figure at Stamford Bridge, spending seven seasons with the west Londoners and winning five major trophies.

Willian at the double #OnThisDay in 2019!

Willian twice won the Premier League with Chelsea and was named as the club’s Player of the Season on two occasions, providing 125 goal involvements in 339 appearances across all competitions.

He registered 76 goal involvements in the Premier League (38G, 38A), which also included an unsuccessful single season at Arsenal after leaving Chelsea in 2020.

The 33-year-old currently plays his club football with Corinthians after returning to Brazil following his exit from the Gunners.

Coutinho will have the chance to add to his 76 goal involvements in the Premier League at Villa, having starred during his previous spell in the division with Liverpool.

Signed after a frustrating period with Inter Milan, the midfielder developed into a crucial figure under Brendan Rodgers and then Jurgen Klopp, acting as the creative hub of the Liverpool side.

Coutinho’s, dribbling, quick feet and passing range saw him register 35 assists in the Premier League, whilst he scored 41 league goals for the Reds with many coming in spectacular fashion.

Welcome back to the #PL, @Phil_Coutinho!

The Brazilian’s trademark became cutting inside from the left before scoring from distance, compiling quite the catalogue of glorious goals from range.

His most productive season came in 2016/17 as he scored 13 goals and provided eight assists, whilst he averaged a goal involvement every 96.6 minutes in the Bundesliga and Champions League during a loan spell at Bayern Munich in 2019/20.

Gabriel Jesus has 80 goal involvements in the Premier League, having been a valuable contributor to Manchester City’s recent dominance of the division.

Jesus signed for the club from Palmeiras with a view to becoming Sergio Aguero’s long-term successor at number nine, with the 24-year-old having since compiled an impressive strike rate with 52 goals from just 93 league starts.

The 24-year-old has scored a league goal on average every 167 minutes in City colours, whilst this season has seen the Brazil international shifted to a wider role where he has amassed seven assists from 15 league starts.

Jesus has not always commanded an automatic place in the side but he has formed part of a squad that has won three Premier League titles in the past four seasons, with the promise of a fourth winners’ medal arriving in 2021/22.

Roberto Firmino has been directly involved in more Premier League goals (114) than any other Brazilian, with the Liverpool forward leading the rankings for both goals (70) and assists (44).

Signed as an attacking midfielder from Hoffenheim, he has since excelled as a false nine for the Reds where he has been responsible for leading the press under Jurgen Klopp.

Firmino’s best season came in 2017/18 as he hit 15 league goals for Liverpool, ending the campaign with 27 in all competitions as the Merseysiders reached the Champions League final.

He has won the Champions League and Premier League since arriving at Anfield, whilst he played a crucial role in the club’s Club World Cup success in 2019, scoring the winning goal in both the semi-final and final.

Firmino’s game has often centred around bringing the best out of those around him, but his goal contributions have been invaluable to Liverpool as part of a fabled front three alongside Sadio Mane and Mohamed Salah.

The post Ranking the five Brazilian’s with most goal involvements in Premier League history first appeared on The Football Faithful.