Jack Grealish has snapped back at Roy Keane after the Irishman criticised both he and Raheem Sterling for their non-part in England’s penalty shootout heartache at Euro 2020.

England fought bravely but fell to the familiar spectre of penalties in the final of Euro 2020. Harry Kane and Harry Maguire scored England’s first two from the spot, but that would be the last time Gianluigi Donnarumma would be beaten.

19-year-old Bukayo Saka was tasked with taking the fifth and most important penalty, something which drew the scorn of Roy Keane.

Speaking on ITV after the match, Keane questioned why Aston Villa captain Grealish or Manchester City star Sterling did not step up.

“If you’re Sterling or Grealish you can’t just stand there and let a young boy like Saka go pitch in front of you,” the pundit said.

“They have much more experience. Sterling has won titles. He has to get up and shoot before the kid does.” 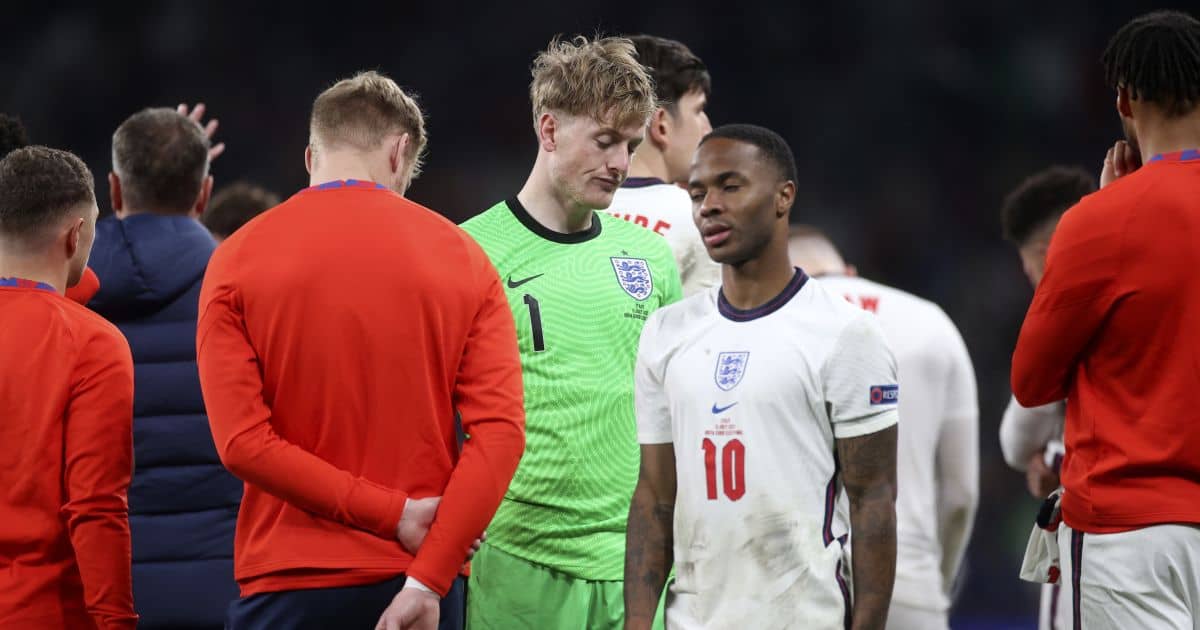 That has not sat well with Grealish, who fired back when tweeting in response to a Sky Sports News tweet featuring Keane’s quote.

Grealish defiantly replied: “I said I wanted to take one!!!!

“The gaffer has made so many right decisions through this tournament and he did tonight! But I won’t have people say that I didn’t want to take a peno when I said I will…”

I said I wanted to take one!!!!
The gaffer has made so many right decisions through this tournament and he did tonight! But I won’t have people say that I didn’t want to take a peno when I said I will… https://t.co/3mBpKyMoUV

“A historic goal is a dream come true and the credit goes to the coach, the whole squad,” the 34-year-old said.

“When we got together in Sardinia, there was something different compared to the past. We slowly gained confidence, certainty, unity. This was the icing on the cake that makes us legends.

“It’s a unique feeling and we are relishing it. Seeing 65,000 people leave before the trophy was handed out is something to relish, now the cup is coming to Rome. They thought it was staying in London, sorry for them, but Italy once again taught a lesson.

“We said during the warm-up, what was happening in the stands was purely just background noise. We had 34 games unbeaten, all we needed to do was exactly what we’d done so far to get here, not one bit more, not one bit less.”

The post Grealish fires back at Keane with defiant response to cutting England jibe appeared first on TEAMtalk.