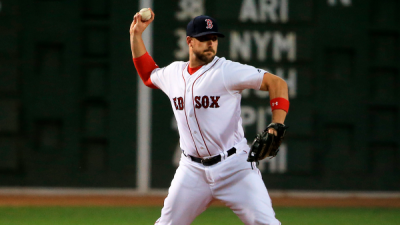 BOSTON: Travis Shaw (pix) hit a tiebreaking RBI single in the 10th inning and had a three-run homer during the Red Sox’s seven-run third frame as visiting Boston held off a Chicago White Sox rally for a 9-8 win on Saturday night.

Shaw’s single against White Sox reliever Mike Wright Jr. (0-1) plated Alex Verdugo from third base. Verdugo began the inning on second base and advanced to third on Bobby Dalbec’s groundout to open the 10th.

Boston (81-63) held an early 7-2 advantage after the third. Chicago (81-61) rallied with five runs in the fourth as Luis Robert hit a two-out, bases-clearing double before Yoan Moncada tied it with an RBI double.

Yasmani Grandal hit a tiebreaking solo blast for his 20th homer of the season in the fifth to put the White Sox up 8-7. Chicago lost the lead in the eighth when Boston’s Enrique Hernandez plated the tying run on a sacrifice fly.

Grandal singled to lead off the home 10th and put runners on the corners with one out, but Boston reliever Josh Taylor struck out back-to-back batters before inducing a game-ending groundout for his first save of the season. Red Sox reliever Garrett Whitlock (8-3) picked up the win after tossing a pair of scoreless innings.

The Red Sox had lost four of their last five games after a 4-3 loss to Chicago in the series opener Friday. Boston entered the game with a one-game lead over the New York Yankees for the top American League wild-card spot.

Leury Garcia contributed a two-run homer in the second for Chicago, which has dropped four of six overall. However, the White Sox maintained an 11-game lead over Cleveland atop the AL Central standings.

Before the game, Red Sox utility man Danny Santana became the 11th player on the team to test positive for Covid-19 since Aug, 27. – Reuters