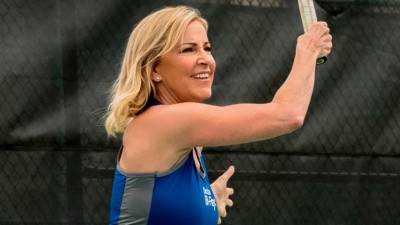 PARIS: Former American great Chris Evert (pix) called out Novak Djokovic for saying his rivalry with Rafael Nadal was the greatest in the history of tennis after his humiliating defeat by Nadal in the French Open final on Sunday.

Djokovic and Nadal have now played each other 56 times following the Spaniard’s 6-0 6-2 7-5 victory on court Philippe Chatrier.

“I’ve played (Rafa) more than I (have) played any other player in my professional career. Our head-to-head is the biggest head-to-head ever in the history of the sport… he’s definitely my greatest rival,” Djokovic said.

Evert, however, was quick to point out how many times she had played Martina Navratilova.

The Tweet was mentioned by 12-times singles Grand Slam winner Billie Jean King who also reminded her followers that Evert and Navratilova had faced each other 80 times.