Tottenham Hotspur have emerged as the latest suitors for Club Brugge talent Charles De Ketelaere, according to reports in Europe.

Able to play as a striker, winger or attacking midfielder, De Ketelaere has been impressing this season. The 20-year-old has five goals and four assists from 19 appearances in 2021-22. It seems he is already capable of stepping up to a stage bigger than the Belgian league.

A recent report revealed De Ketelaere would be on the move in 2022. He has attracted interest from the likes of Everton and West Ham, as well as several sides across Europe.

Some of his prime suitors come from Italy, which is why Calciomercato have been reporting on his future. Covering interest from AC Milan, the Italian site has revealed that Tottenham are also ready to join the race for his signature.

Spurs supposedly like him a lot and could make their move in January. The winter window will, of course, be Tottenham’s first since their appointment of Antonio Conte as their new head coach.

Conte will be keen to strengthen his squad, having been a demanding figure wherever he has been across his managerial career.

Although managing director Fabio Paratici has shifted the attention away from the transfer window for now, plans will be being made. De Ketelaere is among the players they could be considering.

Tottenham may decide they need extra depth in attack after failing to sign a striker in the summer. They opted not to buy Carlos Vinicius after his loan spell last season, so could do with extra competition for Harry Kane.

The England captain considered leaving in the summer, but eventually stuck around. His form since has not been good, though, leaving Conte with a concern to rectify.

De Ketelaere would likely have to play a supporting role at first if he was to join Tottenham. But his potential is becoming apparent and he would be ready to make his contributions in the present too.

That said, it is not a clear path to his signature. Spurs will have to act quickly if they are to beat off the competition for another young talent. Therefore, Calciomercato say they are making moves to “snatch” him. 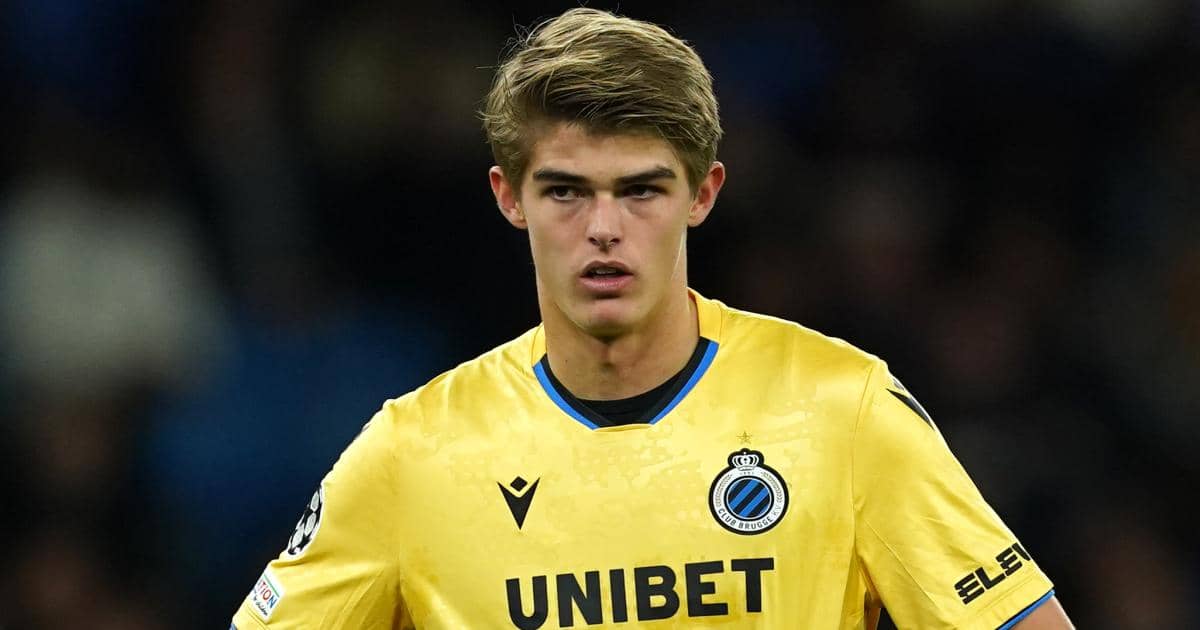 Club Brugge are believed to be looking for a fee that would be a record for a player leaving the Belgian league in order to sell De Ketelaere. He is under contract until 2024.

Tottenham to miss out on attacking target?

The update comes at a similar time to news of Tottenham’s pursuit of Juventus winger Dejan Kulusevski.

Kulusevski has fallen out of the first-team picture at Juventus, largely restricted to a bench role. But he was previously highly thought of by Paratici during his time working there.

Paratici has been tipped to come to the Sweden international’s rescue by bringing Kulusevski to the Premier League with Tottenham.

However, a fresh update has revealed that they may actually miss out on him to rivals Arsenal.

According to Tuttomercatoweb, Juventus would prefer to sell Kulusevski to Fiorentina as a makeweight for Dusan Vlahovic.

But it is believed that Kulusevski is actually “destined” for Arsenal. There is talk of a €30m transfer materialising.

That would come as a blow for Tottenham and even Juventus with their own plans for Vlahovic – who coincidentally has also been linked with the pair of north London rivals.