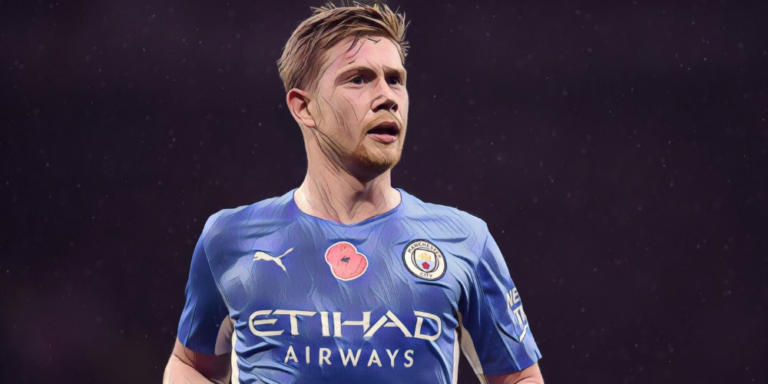 Kevin De Bruyne has opened up on Manchester City’s preparations for the club’s derby win at Manchester United last weekend.

City increased the pressure on Manchester United following a comprehensive 2-0 win at Old Trafford, inflicting a sixth defeat in just 12 fixtures on the Red Devils following a dominant derby display.

The win was emphatic for Pep Guardiola’s side who dominated possession throughout, though De Bruyne has revealed how the City boss was unsure how to prepare for a United side who have changed systems in recent weeks.

The Belgium international revealed how City ‘stopped training’ on tactics after just ’10 minutes’, with Guardiola uncertain over which formation the Red Devils would line up in.

“The day before a game we usually train tactically, based on how the opponent plays,” he told Dutch podcast Mid Mid.

“Before United, Pep said: ‘We don’t know how they are going to play. We shall see’. And we stopped training after 10 minutes or so.

“We have done what we always do, but he didn’t know beforehand if they would play with five at the back, with four, a diamond in the middle, or with three upfront.”

The post De Bruyne opens up on Man City preparations for derby victory over beleaguered United first appeared on The Football Faithful.