Harry Kane became the all-time record goalscorer for England in competitive matches to help his country take a huge stride towards World Cup qualification with a 5-0 win over Albania.

Kane scored a perfect hat-trick in addition to goals from Harry Maguire and Jordan Henderson in an exciting first half to set England on their way to victory. There was no change to the scoreline in the second half but the result was already emphatic.

The game was intense physically from the start, with players from either side feeling the force of challenges early on. Raheem Sterling was on the receiving end of one collision as he dribbled into the box, for example, but the referee did not deem it a foul.

England didn’t take too much longer to take the lead, doing so nine minutes in. From a free kick, Reece James whipped a cross in from the right, which Harry Maguire met to plant home with his head.

There was a good chance for England to double their lead almost instantly, when Phil Foden dribbled towards the edge of the box before slicing a shot off target.

At the other end, Kyle Walker had to breathe a huge sigh of relief after misplacing a backpass into the path of an Albania attacker. Jordan Pickford came to the rescue, denying Myrto Uzuni one-on-one.

It would be England to score next though after all. While the opener was scored by one Harry, the second was scored by another. Kane headed in a cross from Jordan Henderson from the byline.

The roles were reversed for goal number three as Kane set up Henderson after a give-and-go. The Liverpool captain tucked the ball into the bottom corner with a left-footed finish. 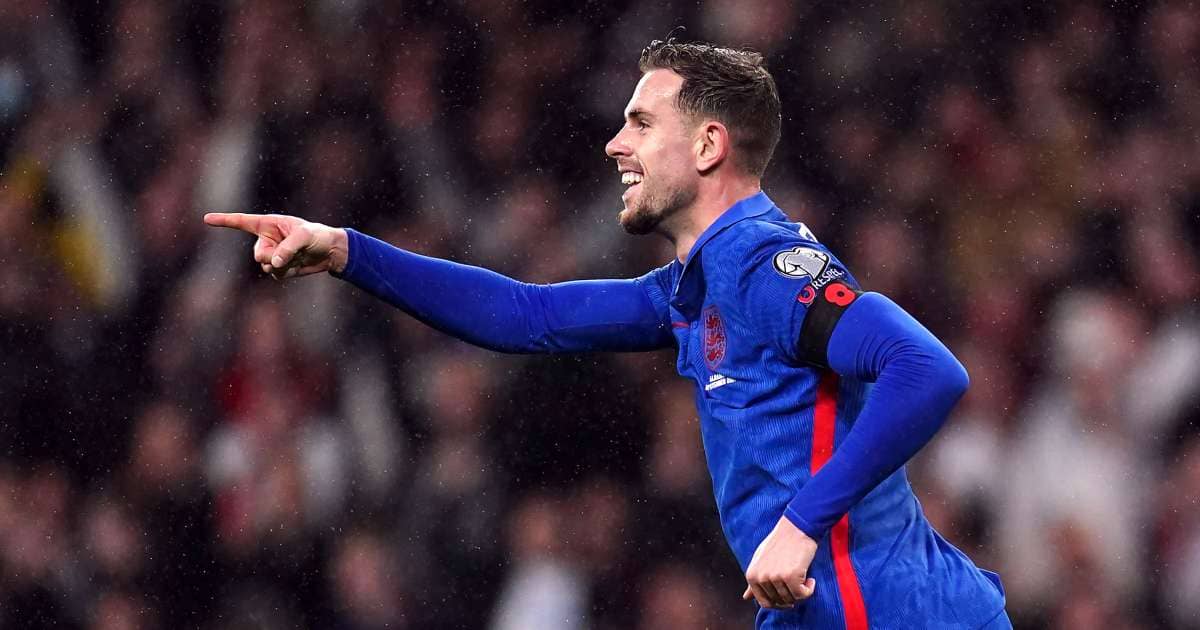 Then, Kane made it 4-0 after just 33 minutes. Sterling picked up a loose Albanian pass before setting up his skipper, who beat the offside trap before curling in from a tight angle with his left boot. In doing so, he became England’s all-time record goalscorer in competitive games, although he is still chasing the overall record.

A chance for the hat-trick came from the opposite side of the pitch, when he volleyed across with his right foot but pulled it narrowly wide.

His next opportunity came after Foden flicked the ball back to James, whose cross Kane headed wide.

He completed the hat-trick in stunning style just before half time when he acrobatically converted with a powerful bicycle kick after a corner.

It completed a perfect hat-trick, having scored with his head, left foot and right foot.

Albania, already forced into two changes before the break due to injuries, made a further two substitutions at half-time.

They had the first chance of the second half, but a shot from outside the box by Sokol Cikalleshi was comfortable for Pickford.

But England largely remained in control of possession, even if there was less need for intensity by this stage.

Gareth Southgate therefore took the opportunity to make some changes. He withdrew Kane just after the hour mark for Tammy Abraham and replaced Foden and Kalvin Phillips with Jack Grealish and Jude Bellingham respectively.

The tempo was significantly lower and England then made their final switches. Trent Alexander-Arnold replaced James, and Emile Smith Rowe came on for his international debut in place of Sterling.

Only half chances followed, but it did not matter for England, who had already earned a big result.

England now just need to avoid defeat away at San Marino on Monday to reach the 2022 World Cup.