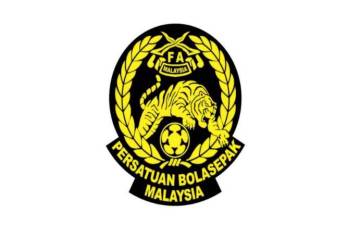 PETALING JAYA, Jan 12: The Football Association of Malaysia (FAM) will ensure that the national football team will compete in the second round of the 2022 World Cup/2023 Asian Cup Qualifiers, which is scheduled to resume in March.

FAM president Datuk Hamidin Mohd Amin said they would strive to get permission for head coach Tan Cheng Hoe’s squad to go abroad to continue their mission of qualifying for the 2023 Asian Cup and, thus, avoid the risk of being penalised for non-participation.

He also said that there was currently a proposal for the qualifiers to be postponed and held in carnival format in June, with the Asian Football Confederation (AFC) set to make a decision on the matter in the near future.

“But June is the deadline which world football governing body FIFA want the tournament to be held. Any team who cannot get out of their countries to compete in the qualifiers will have the points amassed declared null and void.

“I will ensure our national team get to travel to compete in the qualifiers. The government, including the MKN (National Security Council) and KBS (Youth and Sports Ministry), have been informed,” he told a press conference after chairing FAM’s 12th executive committee meeting at Wisma FAM, Kelana Jaya here today.

However, Hamidin hoped that the national team would be prepared should the qualifiers be held as originally planned, which would see Malaysia taking on the United Arab Emirates (UAE) in Dubai on March 25 before welcoming Vietnam on March 30 in Group G matches.

He also explained that the approval of all five teams in the group was necessary for the qualifiers to be held in a carnival format in June should the AFC decide so.

“Right now, Malaysia, Indonesia and Thailand face difficulties in terms of travelling abroad while it’s okay with Vietnam and the UAE.

So, we need the agreement of all teams in the group,” he said.

Qualifying for the 2023 Asian Cup Finals is a mission for the national team under FAM’s F:30 Road Map plan and Malaysia are currently on the right track to qualify on merit. Malaysia last qualified for the Asian Cup Finals in 1980 when it was held in Kuwait.

After five group matches, Malaysia are just two points behind Group G leaders Vietnam, who have 11 points. Thailand are third with eight points, the UAE fourth with six points and Indonesia prop up the standings without a single point.

“We have informed and sent out letters to the MKN through the KBS last month regarding the matches in March, when we need to travel to the UAE and return as well as seeking special permission to undergo immediate hotel quarantine together with the visiting team and FIFA officials. This has been agreed upon verbally,” he added. – Bernama