Manchester United manager Ole Gunnar Solskjaer says that his team is “looking forward” to Sunday’s clash with Liverpool after moving top of the Premier League table.

United can move six points clear of the champions with victory after beating Burnley on Wednesday.

Indeed, they would also consolidate their position at the summit in doing so. The Red Devils leapfrogged Liverpool thanks to Paul Pogba’s second-half volley at Turf Moor.

Speaking after his side’s latest win, Solskjaer insisted that his side now face arguably their toughest test this season.

“We’re looking forward to it,” the Norwegian said. “Of course you enjoy being where we are at any time. If it’s the first game or the last game, it’s a big, big difference.

“But at the moment we are where we are. We’re going to go in there knowing that we play against the team that’s been by a mile the best in the country for the last year and a half.

“They’re champions by right and we’re looking forward to it and it’s a great test of where we’re at against a good team.”

United had to grind out their three points at Burnley after an incident-packed game which, for some time, was going against the visitors.

Harry Maguire had a headed goal ruled out for a foul and there were also two controversial tackles.

“We’re almost halfway through the season so it’s a little bit of an indication of where you’re at,” Solskjaer added.

“But no-one will remember the league table on the 12th of January. The frustrations were clear for everyone to see and it affected our performances, so we can’t let that happen.

“We’ve just got to accept once in a while that decisions will go against you and Harry’s goal was a perfectly good one, so it’s a decision we shouldn’t be sat there talking about. 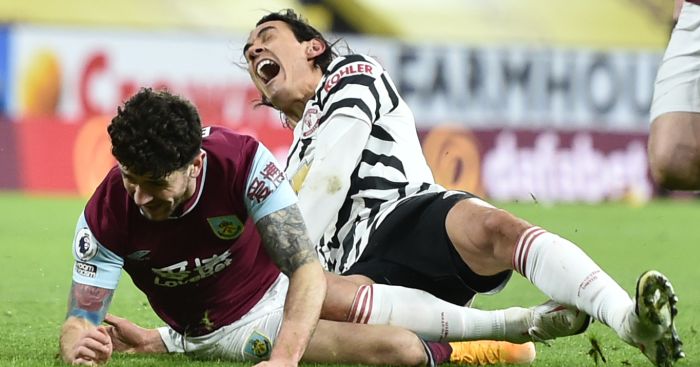 “The foul against Cavani and the red card (that could have been handed to last man Brady), of course you go back to foul Luke did. I’ve not seen it yet, so I can’t really comment on that one.

“But half-time helped us. I thought we came out second half and played really well and deserved the win.

“Then Paul’s performance, I think him and Nemanja [Matic] in midfield played as players who know what this is about and these games are about.”

The post Solskjaer relishing Liverpool test as he warns of Man Utd intent at Anfield appeared first on teamtalk.com.